After 27 years, Bill and Melinda Gates end their marriage 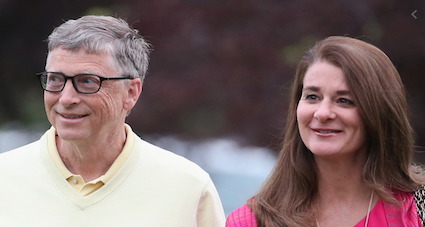 Bill and Melinda Gates, together in a nuptial bond for 27 years and heading one of greatest fortunes and philanthropic operations, are divorcing.

“After a great deal of thought and a lot of work on our relationship, we have made the decision to end our marriage,” the two said in a brief statement posted on Twitter. “We have raised three incredible children and built a foundation that works all over the world to enable all people to lead healthy, productive lives.”

The announcement came on Monday and it could cause more than ripples in the vast portfolio of business and real estate holdings and into the realms of global health, climate change policy and not the least, technology issues.

The pair command an estimated $146 billion, according to the Bloomberg Billionaires Index.

There was no announcement on their financial plans, though they emphasised they would cooperate on continuing their philanthropy.

In recent years, another big bombshell of divorce was the separation announced by Jeff Bezos of Amazon and MacKenzie Scott in 2019.