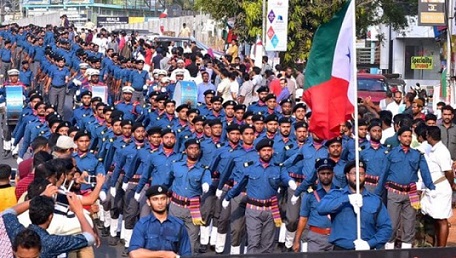 After alleged pro- Khalistan elements, now the Islamic organization, Popular Front India (PFI) has extended its support to the farmer on their protest against the Modi government.

PFI has been accused of instigating several riots across the country and now they have given their hands to farmers by calling their protest a fight to preserve the constitution.

PFI, from their official Twitter handle, posted a video and asked people to unite against the fascist laws of the Modi government. The chairman of PFI, Oma Salam said that the new laws will make the lives of farmers miserable, and to prevent that his organization will stand beside farmers in their protest.

Their support came after Pro Khalistan groups extended their support to the farmer protest. It is interesting to note that both the organizations, who are trying to present that they are with farmers in their struggle, are themselves struggling. A few Khalistani sympathizers who were disguised as farmers has raised anti-Indian slogans during the protest.

For PFI, it is not the first time that they are involved in instigating the mob. In January, this year the Enforcement Directorate (ED) submitted a report to the Ministry of Home Affairs stating that the PFI had mobilized money to “finance the cost of demonstrations and gherao against the CAA Bill till 6 January 2020”.

Social Democratic Party of India (SDPI), the political front of PFI, was involved in instigating Muslim mobs to indulge in violence across the state during the anti-CAA protests. The UP police had advocated a ban on PFI after the widespread violence in the state. The National Investigation Agency (NIA) had even named SDPI leader Muzamil Pasha for ‘instigating the mob’

The political wing of PFI was also involved in the Bengaluru riots and some other violent incidents.