After Suvendu, 4 ministers stay away from a Mamata cabinet meeting 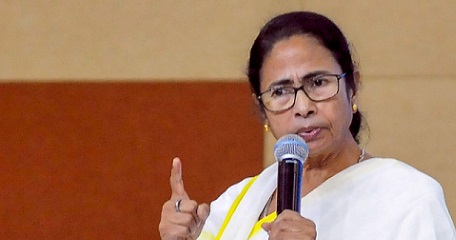 Days after former cabinet minister Suvendhu Adhikari joined the Bhartiya Janata Party, four ministers of the West Bengal government were absent from a cabinet meeting chaired by the chief minister Mamata Banerjee at the State Secretariat on Tuesday.

Their absence has stoked the speculations that more Trinamool Congress (TMC) leaders may switch political camps ahead of next year’s assembly polls.

Rajib Banerjee has been quite vocal about his grievances in TMC leadership and he even met Partha Banerjee to apparently discuss his concerns.

however, After the meeting, when asked by the reporters whether he has any grievance against the TMC leadership he said, “Being a disciplined soldier of the party I will not publicly say anything in this regard. I had previously visited Partha-da’s residence in the past. I visited again after being called by the leadership. Not much should be read into it.”

“My situation cannot be equated with that of Suvendu Adhikari. He has his personal views, I have my personal views. There is no relation between our standpoints. We are two individuals,” he added.

Recently Rajib also claimed that those who keep saying “yes ma’am” are brought to the forefront while har workers are showed to backbenches.

Assembly elections in West Bengal are likely to be held in April-May next year. And the ruling TMC and the BJP are fiercely campaigning against each other

The BJP has so far been able to engineer an exodus of TMC leaders, with party heavyweight Suvendu Adhikari and 15 other MLAs and an MP, joining the BJP since the 2019 Lok Sabha elections.