Ajmal under probe for alleged funds from terrorist bodies 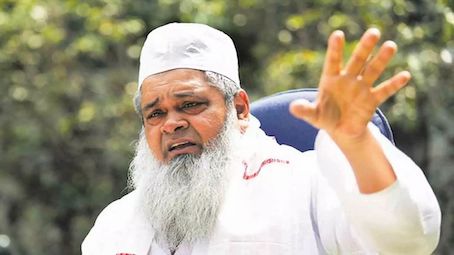 The Ministry of Home Affairs (MHA) has started an investigation against Ajmal Foundation, which is run by All India United Democratic Front (AIUDF) and Loksabha MP Badruddin Ajmal after the foundation received funds from several foreign agencies and NGOs, allegedly linked with terrorist organizations.

The investigation was centered on the report submitted by the National Commission for Protection of Child Rights (NCPCR). The NCPCR initiated the investigation when an NGO called Legal Rights Observatory had alleged that while the Ajmal Foundation received a whopping amount of Rs 69.55 crores from several organizations in Turkey and the United Kingdom, the foundation has only spent Rs 2.05 crore from that on educational purpose.

It was then NCPCR found that funds were misused by the institution in Manipur and Assam that are running under the name of Markazul Maarif. Moreover, the organization had received crores of foreign funds from international organizations that have links with terror organizations, including Al-Qaeda.

The NCPCR also found nearly 300 children were missing during the inspections conducted by the child’s right body.

The inspection by the child right body was conducted in six childcare institutions including Dhubri, Goalpara, Hojai, Nagaon districts in Assam, and Thoubal district in Manipur between December 14-18. As per their report, 778 children were found in these childcare institutions during inspections, but according to the information presented in the MP Maulana Badruddin Ajmal on the Lok Sabha website, there are 1,010 children in the homes and the Markazul Maarif website stated the number of children is 1080.

The Assam minister also said the NGOs of Badruddin Ajmal had established few orphanage homes and they have a link with Turkey.

“Their link with Turkey has come out during the investigation of the National Commission for Protection of Child Rights (NCPCR). I think that we will get to know more dangerous facts in next two-three months or later,” he said

However, Markazul Maarif has refuted all the allegations made by NCPCR or LRO. He said the report mentioned that 300 children were missing but the reality is around 179 children have left the homes and “As of now, we have the data of 901 children and they are living in the homes,”