‘Alien’ in air led to anxiety in Greater Noida: This is what happened 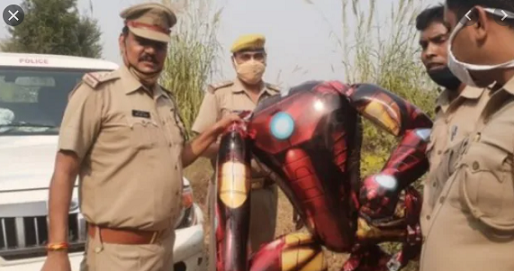 Anxiety gripped locals in Greater Noida, Uttar Pradesh as they identified a strange object flying in the sky. The object, which some considered as “alien” made its way through the Dankaur area and then landed in a canal near Bhatta Parsaul village, many people followed the coloured object. Later, according to police, the unidentified object turned out to be an Ironman shaped balloon filled with air.

It was only when the police intervened in the matter, the crowd felt a little peace.

“It was a balloon filled with air that had gone up in the sky and later came down and got stuck in the bushes along the canal. A part of the balloon was touching the flowing water in the canal which had led the balloon to shake a little. Unbeknown to the spectators, this made for an anxious watch,” said  police official.

The officials also clarified that they haven’t found anything harmful in the balloon.