All above 18 to be vaccinated; States can buy 50% straight from vaccine makers 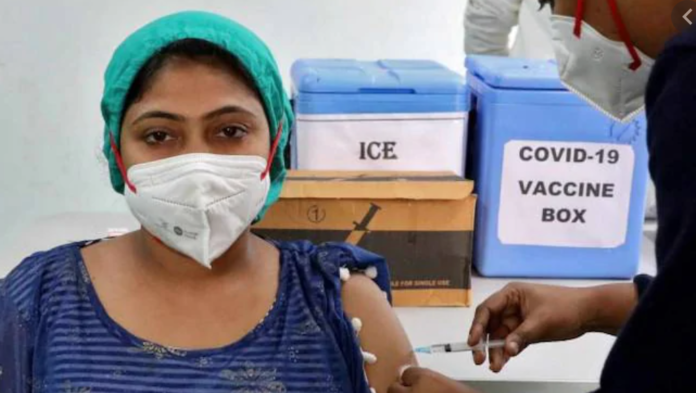 The government has taken a significant step and announced that everyone above the age of 18 will be eligible to get vaccinated against covid-19 from May 1.

Vaccine manufacturers have been incentivized to scale up their production and release up to 50 per cent of their supply to state governments and in the open market at a declared price.

Based on this price, state governments, private hospitals, industrial establishments can buy vaccine doses from the manufacturers.

All adults will be vaccinated in “a liberalised and accelerated Phase 3 strategy of COVID-19 vaccination”, the government said in a statement on a day India reported a new record high of 2.73 lakh cases in a day.

India began inoculating people in January using two Covid vaccines – Serum Institute of India’s Covishield developed by Oxford-AstraZeneca and Bharat Biotech’s made-in-India Covaxin. So far, the government had allowed vaccinations only for frontline workers and those above 45.

“Government has been working hard from over a year to ensure that maximum numbers of Indians are able to get the vaccine in the shortest possible of time,” PM Modi said.

Specifically, vaccine manufacturers will supply 50 per cent of their monthly Central Drugs Laboratory (CDL) released doses to the central government, and will be free to supply the remaining 50 per cent doses to state and in the open market at a “pre-declared price”.

Manufacturers will declaration prices in advance for the vaccines supplied to state governments and in open market.

In the press statement released by government of India, it mentioned that Government has been working hard from over a year to ensure that maximum numbers of Indians are able to get the vaccine in the shortest possible of time and Prime Minister Narendra Modi as taken several important decisions like pricing, procurement, eligibility and administration of vaccines in Phase 3 of the World’s Largest Vaccination drive.

At present is making the vaccine available only to those above the age of 45 years.

Vaccinations at central government centres, provided free of cost, will continue for previous categories – health workers, frontline workers and those above 45.