All in the Great Game: When China wanted Pakistan to cede PoK to India! 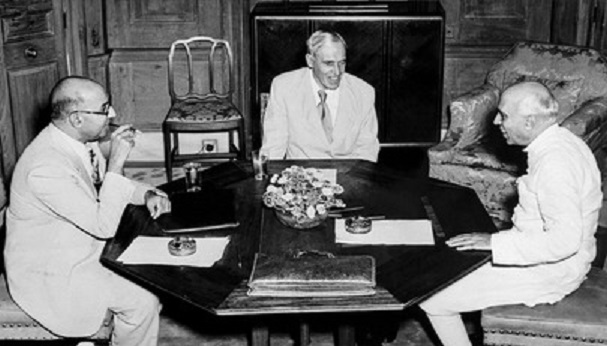 When last did the United Nations (UN) formally discuss the Jammu and Kashmir issue? Once we get the correct answer to that, perhaps a lot of misconceptions about J&K will be removed from our minds. Of course, it can then change our perspective on this issue and our confrontation with Pakistan.

The answer to the question posed in the first sentence is that the exact date is November 5, 1965. Yes, for 55 years this issue has not been discussed in the UN formally.

Incidentally, the United Nations Security Council (UNSC) is perhaps the most powerful and visible UN organ. Such questions as deal with ramifications for international peace and security, including the questions pertaining to J&K, are taken up by the UNSC.

The issue of J&K was taken up by the UN for the first time on January 6, 1948, after India’s Prime Minister Jawaharlal Nehru took the issue to it. The issue was brought before the UN as a case of “Pakistani aggression on Indian territory”. Incidentally, J&K had become a part of India as per the prevailing international law after Maharaja Hari Singh signed the Instrument of Accession on October 26, 1947.

It is worth mentioning that the issue was discussed by the UN under its chapter VI the resolutions under which are morally, not judicially, binding on the parties involved. The legally binding obligations can be cast upon various nations by the UN when the issues are discussed under Chapter VII.

After discussing the J&K issue in January and February 1948, various members came up with outlines of different plans to disengage India and Pakistan then fighting a war. It was on March 18, 1948, that China came up with a broad outline which became the basis of many formal resolutions on the issue later.

The foremost requirement for restoration of peace was asking “Pakistan to withdraw its nationals from the territories of J&K”! This proposal was mooted by China which is today in illegal possession of thousands of kilometres of areas of J&K which were ceded to it by Pakistan years later. Besides, it occupied large tracts of land which were once a part of J&K after 1962 war.

Ironical as it may seem, in 1948, China wanted Pakistan to cede control of areas of Jammu and Kashmir to India it had occupied militarily. In 2020, it is close to a war or at least border skirmishes with India to try to gain control of parts of Ladakh. China also wants Pakistan to keep India busy on the western front so that less of its security forces can be kept bogged down.

Be that as it may, when India requested the UNSC to drop “outdated agenda items”, specifically referring to J&K, it had a very strong case. It has sought permanent removal of the issue of Jammu and Kashmir from the UNSC agenda, and for the reasons explained hereto before. This doesn’t suit Pakistan though which leaves no stone unturned to try to internationalise the issue.

Pakistan’s all-weather ally, China, needs it more than the other way around. As such, they often come together and try to raise the issue of J&K, which lies in coma, if not dead altogether, for last 55 years. So far, all attempts at resuscitation have been foiled by the Americans, the French, the Russians and lead physician has been India. It remains to be seen as to when, not if, the UN agrees to euthanasia. Official burial can follow.