‘Anguished’ Harivansh goes on a fast himself; draws praise from Modi 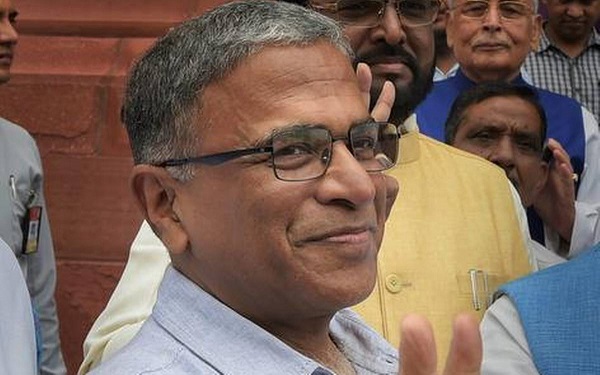 Rajya Sabha deputy chairman Harivansh has gone on a one-day fast over the unruly behaviour he witnessed in the House on Sunday from the opposition MPs on farm bills.

Harivansh first met eight MPs on strike on the lawns in the Parliament complex and offered them tea from own hands, a gesture which was rebuffed by the suspended parliamentarians.

While announcing his fast, Harivansh wrote to vice-president Venkaiah Naidu thus: “ (I) will observe a one-day fast till tomorrow as he was anguished over opposition attacks in the House.”

Opposition MPs, including Derek O’ Brien of Trinamool Congress and Sanjay Singh of Aam Aadmi Party, had torn up the rules back on Harivansh’s face, climbed on table and broke a Mic.

“After what happened on Sunday, I have been extremely anguished, distressed and in mental agony and have been unable to sleep for the past two days,” Harivansh wrote in his letter.

“In the name of democracy, opposition members behaved in a violent manner and there were attempts to intimidate the Chair,” he wrote.

The 64-year-old, who was recently appointed deputy Chairman of the Rajya Sabha for the second time, said: “Whatever happened in front of me on September 20 has caused unimaginable loss to dignity of House… The rulebook was torn and thrown at me. Some MPs also stood on the table, used unparliamentary language against me. I kept recalling the entire incident and was unable to sleep.”

Harivansh recalled Bihar leaders like Ram Manohar Lohia and Karpuri Thakur and added he was from Jayprakash Narayan’s village. “I learnt a lot from him, I took part in JP Movement and my political background is from Bihar where the Vaishali Republic is known for democracy,” he said.

To personally serve tea to those who attacked and insulted him a few days ago as well as those sitting on Dharna shows that Shri Harivansh Ji has been blessed with a humble mind and a big heart. It shows his greatness. I join the people of India in congratulating Harivansh Ji.

Harivansh’s gesture of offering tea to recalcitrant MPs didn’t go unnoticed by prime minister Narendra Modi who described it as an “inspiring and stateseman-like conduct.”