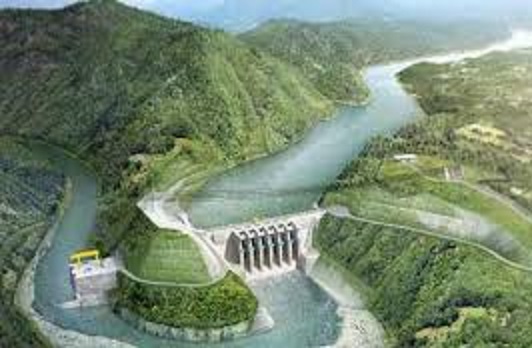 On Thursday (October 1), most of the newspapers published from Jammu as also Srinagar carried a report on Ratle Hydro Electric Project. The headline in one paper said “Decks cleared for 850 MW Ratle project” and in many others, similar headlines appeared. They all seemed misleading and perhaps concealed more than they revealed.

The reports quoted a press release from the government which talked of Public Investment Board (PIB) deliberations in this connection. According to the release, the PIB has “recommended” that the project be taken up thorough a Joint Venture Company (JVC) between Jammu and Kashmir Power Development Corporation (JKPDC) Limited and National Hydro Power Corporation (NHPC) Limited.

The cost of the project was given as Rs 5,300 crore and the equity on behalf of Jammu and Kashmir government is expected to amount to Rs 776 crore. This equity would be provided as a grant by the Central government, the reports said.

The deliberations of the PIB are likely to lead to “final approval of the project” in the near future, the reports tell us helpfully.

What is the need of this press release about PIB decisions regarding Ratle project now? As the “final approval” is still awaited and no timeline for the start of the project has been given.

The reason for being sceptical on the issue can be easily explained when one is reminded of the past announcements regarding this project. On June 23, 2013, Manmohan Singh, then Prime Minister, accompanied by United Progressive Alliance (UPA) chairperson Sonia Gandhi, had inaugurated the project at Drabshala in Kishtwar district. Governor N N Vohra, veteran Congress leader Ghulam Nabi Azad and then chief minister Omar Abdullah had also attended this function.

They had addressed a public rally in Kishtwar later on that day after the inauguration. PM Manmohan Singh had then said that the project was expected to be completed by February 2018! In October 2020, nothing seems to have happened on the project and one can only think of one phrase that efforts are on to complete works on “wheel being reinvented”.

In May 2010, the project was awarded to an associate company of Hyderabad-based GVK group which has done infrastructure development projects at several airports. The power purchase agreement between GVK company and the J&K government was signed the next month in June 2010.

It was then presented as the “first of its kind project” awarded on the basis of “tariff-based bidding”. It was said that GVK associate company was to be given project for 35 years on BOOT (Build, Own, Operate, Transfer) basis.

As one drives on the stretch beyond Pul Doda and crosses Drabshala on way to Kishtwar, one comes across some signboards regarding the Ratle HEP Ltd. These signboards are warnings regarding the blasting in nearby areas. Some machinery is also lying abandoned on the sides of the river as one looks down from the road which gains gradient as one moves to north.

Incidentally, it has now been said that once work on the project starts, it is expected to be completed in 36 months. Earlier, the timeline given for the completion of the project was about five years. This shorter span is attributed to the fact that most of the clearances regarding it have been obtained from various ministries.

It is intriguing that the project cost is now pegged in October 2020 at Rs 5,300 crore while as it had been put at Rs 5,500 crore in June 2013. It is fairly normal to expect cost escalations in case of projects are delayed and additional amounts have to be mobilised. Here, the projected project cost has reduced by Rs 200 crore after a delay of over seven years. What explains that? When will we actually see any work in ground regarding the project?