Another nail in Dollar’s coffin: It’s India this time! 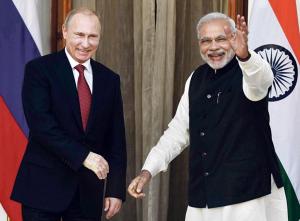 India and Russia are developing a road map for mutual settlements in national currencies which could open prospects for both countries, India’s Ambassador to Russia Pankaj Saran has shared the news with RIA Novosti.

According to the ambassador, New Delhi and Moscow aim expanding economic and trade cooperation. They have already chosen priority sectors such as agriculture, pharmaceuticals, jewelry, technical equipment and machinery, oil and gas, and textiles.

During Prime Minister Narendra Modi’s visit to Moscow in December, the two countries set a goal of tripling trade to $30 billion over the next ten years and significantly boost mutual investment.

They also signed a number of multi-billion dollar defense and nuclear energy deals. India has approved the purchase of five S-400 air defense systems from Russia which is part of the biggest arms deal between the two countries in a decade.

Moscow said it will supply India with 10 million tons of oil annually in the next 10 years and build at least 12 new nuclear reactors by 2035.

You wouldn’t have read this news in Indian newspapers, who rely on international news agencies for their news flows, the latter having no interest in spiking the imperial agenda.

This is one more nail in dollar’s coffin, so to say—led by BRICS nations and in particular, Russia and China.

Russia and China are now settling oil payments in yuan, a move that western analysts say is responsible for Russia overtaking the Saudis as China’s leading oil exporter. Iran (not a BRICS member, but considered a key partner, as well as a potential member) has also sent clear signals that it wants to abandon the dollar: Tehran is now demanding euros for all oil sales.

BRICS is dumping the dollar — and India is the latest nation to strike the hammer on the crumbling edifice.