Another setback to Congress: Vijayashanti quits and joins BJP 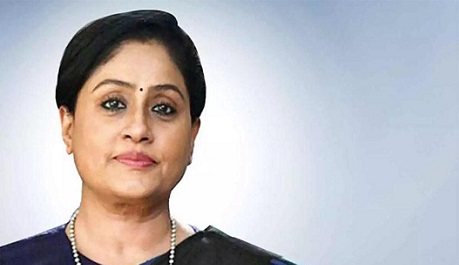 Veteran Telegu actress turned politician Vijayashanti has resigned from the Congress party and has joined the Bhartiya Janata Party (BJP) today, a day after she met with Home Minister Amit Shah.

Vijayashanti, who started her political career with the BJP in the 1990s, later joined the Telangana Rashtra Samithi (TRS) and then switched to the Congress in 2014 just before Telangana was born. She resigned from the Congress after the Greater Hyderabad Municipal Corporation results over the weekend.

Her entry into BJP will likely give a huge boost to the party as the saffron party recently made huge gains in the Greater Hyderabad Municipal Corporation (GHMC) elections.

The BJP made major inroads at the GHMC polls by winning 48 seats, while the ruling TRS won 55 seats becoming the single largest party.

Vijayashanti would be the second popular star in the South to join the BJP after Khushboo quit Congress and embraced the saffron party.