As Chidambaram goes public, Congress drowns in deluge of dissent 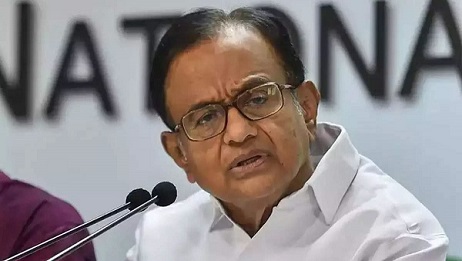 Former finance minister P Chidambaram, that quintessential Congressman, has dealt a hammer blow to Congress by claiming that the party bears little resemblance to one which one a spate of elections in not too distant past.

“Remember, not long ago the Congress had won Rajasthan, MP, Chattisgarh and Jharkhand,” said Chidambaram, as he reflected on the recent Bihar and by-poll elections around the country, “These results show that the party has either no organisational presence on the ground or has been weakened considerably.”

Suave that Chidambaram is, he still kept away from commenting on the next president of the party. But another tall leader of the party made no secret that at least Rahul Gandhi isn’t the man who should be at the helm.

Furqan Ansari, a senior leader who has been the minority face of the party, didn’t hold himself back in criticizing the leadership skill of the Gandhi scion.

“As the party was gearing for Bihar elections and Rahul Gandhi was rallying in Bihar’s Kahalgaon, we had encouraged people from surrounding villages to attend to his rally. A lot of people went for the program, but after returning they said: We saw Rahul Gandhi, but could not understand what he said…”

Then there is Anand Sharma who has gone against the party line that had raised concern about India joining the Regional Comprehensive Economic Programme (RCEP). The former commerce minister has said that turning its back to RCEP was a “backward leap for India.”

It needs little reminding how scathing has Kapil Sibal been about Congress’ functioning in the last few hours. The former IT minister advised Congress to “recognize that we are in decline” and converse with “experienced people who understand the political realities of India and get people to listen.”

Ghulam Nabi Azad, another senior leader, who had spoken openly against the central leadership of Gandhis a few months ago, hasn’t spoken yet but it won’t come as a surprise if he did.

On Wednesday, Chidambaram had a lot more to say. He thought the party ought to have done better since the Coronavirus crisis and the economic slowdown had handed it strong campaign points. He observed that even CPI-ML and AIMIM, small parties, could perform since they are organizationally strong at the grassroot level. “The opposition alliance can get as many votes as the BJP-led coalition but to beat them, we have to strengthen our organization at the ground level.”

Ansari too wasn’t through. He said that he has written letters to Congress interim president Sonia Gandhi as well as Rahul Gandhi on the need to amend the functioning of the party.

“I have been a Congressman since 1980 when Indira Gandhi was the prime minister of India. I need no certificate to prove that I belong to Congress. But today it hurts me to see this condition of the party,” he added.

But as could be expected the loyalist rose to the defence of the Gandhis and the Congress party as it exists today.

Adhir Ranjan Chaudhary, the Congress leader in the Lok Sabha, was blunt in stating that such dissenting voice could either join some other party or float a new one for themselves.

“If some leaders think that Congress is not the right party for them then they may set up a new party or can join any other party which they think is progressive and according to their interest. But they should not indulge in such embarrassing activities since it can erode the credibility of the Congress,” Chaudhary told NDTV.

“Such senior leaders should not indulge in such embarrassing sweeping statements. They enjoy proximity to the Gandhi family. They can raise issues before the party leadership or in the right party forum,” he added.

Chaudhary asked if these leaders had done anything during the Bihar elections. “If such leaders are serious about revamping the Congress party, then they should try to prove their mettle on the ground. Did they volunteer to work for the party during the recent Bihar elections,” he asked.

Rajasthan chief minister Ashok Gehlot too took on the “rebels.” He has said: “There was no need for Kapil Sibal to mention our internal issues in the media. This has hurt the sentiment of party workers across the country…”

Be that as it may, it appears Congress is lurching from one crisis to another and it won’t be long before it hits the rock bottom.