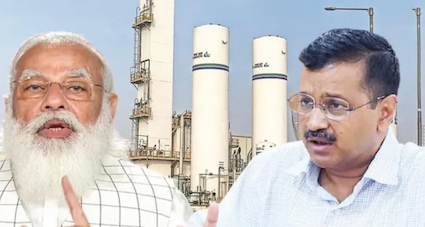 Eight pressure swing adsorption (PSA) oxygen generation plants are being installed in Delhi from the PM CARES Fund and they will enhance the capacity of medical oxygen by 14.4 metric tonnes, government sources said on Sunday.

One plant in Burari Hospital, Kaushik Enclave, was installed on March 17 while four others, one each at Deen Dayal Upadhyay Hospital, Lok Nayak Hospital, Baba Saheb Ambedkar Hospital, Rohini and Deepa Chand Bandhu Hospital, Ashok Vihar, are expected to be completed by April 30, they added further.

Furthermore, The sources said it is the Delhi government that delayed the site readiness despite weekly reviews since November last year. For Ambedkar Nagar Hospital, Dakshinpuri, the site has been readied as late as April 19 by the Arvind Kejriwal-led Delhi government.

The site readiness certificate of Satyawadi Raja Harishchandra Hospital, Narela has not been submitted by the Delhi government yet, sources said.