Australia’s airports in Antarctica: India would be concerned 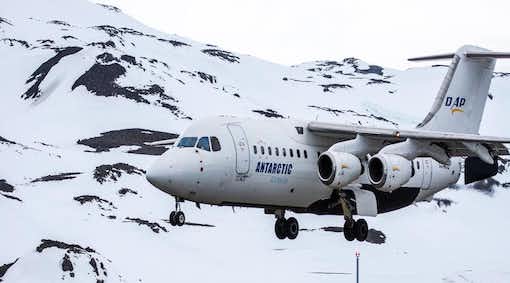 Australia has put out a competitive tender: Hold your breath, it’s for a 2.7km paved runaway in Antarctica.

The idea is to service Australia’s three permanent scientific research stations on the Continent and the venue is Vestfold Hills in Princess Elizabeth Land.

The proposed runaway could accommodate large aircrafts, capable of making the six-hour flight from Australia.

The project is called Antarctic Strategy and 20-Year Action Plan.

However, there remains lingering environmental and geopolitical concerns.

Flights from Australia to Antarctica take place at the beginning and end of summer due to inaccessible weather conditions for the rest of the year. Now Australia is seeking to change this equation to provide for year-round access between Hobart in Tasmania and Davis station.

This is the largest infrastructure project on the Continent and carries significant ramifications for Antarctica.

Australia claims about 8km square kms of the Continent, or roughly 42 percent of its land mass. However, only France, New Zealand, Norway and the United Kingdom recognise its hold. Those which don’t recognize it, like India and China, have their own stations on this territory. Russia has two such stations.

Now China’s presence is an issue, both for India and Australia, given how Beijing is expanding its footprints around the globe. This brings in the geopolitical tension in the air in the cold climes of Antarctica.

Now of course the 1959 Antarctic Treaty marks the Continent as a solely scientific reserve, banning any military activity. But who stops the research stations to engage in satellite tracking in an attempt to military the space? These rules thus could easily be bent.

In 1991, Madrid Protocol came about which banned mining—including off-shore oil and gas drilling—in Antarctica. However since the reign abounds in untapped mineral resource, it too could come under assault. Russia’s state-run geological surveyor, Rosgeologia, estimates that 500 billion barrels of oil is locked in Antarctic waters.

Now that even scientists say that the runway projects of Australia is bad for the fragile environment of Antarctica, it would appear that Canberra’s chief calculations on airport’s construction are geo-strategic in nature. It could seriously affect the delicate habitats and ecosystems in Antarctica.

The timeline is important too. It could take a decade for airports to be built. Ferrying materials and workers to the Continent in inhospitable conditions for such a long duration can’t be without consequences. There would be attendant issues of housing workers which would disrupt the scientific research as accommodation is seriously limited at the Davis research station. Presently, it can house on 120 people.

Further trouble is that Australia’s push in infrastructure would force others to do their own bid and it would lead to territorial claims, especially from states which are highly active in the Continent, like Russia and China. The militarization of the Continent would be a logical outcome.

Any attempt to militarize the region could make Australia feel threatened. It would worry about its sovereign rights within its offshore waters—as it is there is an issue with Japan over whaling.  Both the Antarctic 20 Year Action Plan and 2016 Defence White Paper stress that militarizing of the territory could affect Australia’s claims of sovereignty over the Australian Antarctic Territory.

Australia’s present move is provocative and it could have grave consequences.