Be it Somnath or Ram temple, why Congress sulks at symbols of Hindu’s faith? 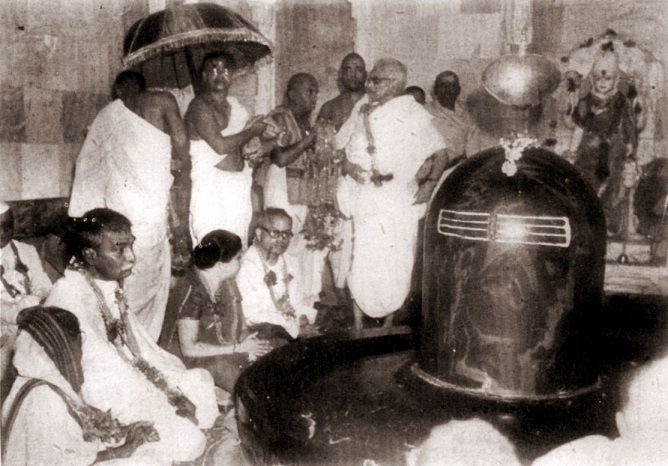 The country saw the split of ideologies when Pt. Nehru said, “I do not like your attempt to revive Somnath (temple). This is Hindu revivalism.” And K.M. Munshi replied with, “I cannot value freedom if it deprives us of the Bhagavad Gita or uproots our millions from the faith with which they look upon our temples and thereby destroys the texture of our lives.’”

Before Ayodhya, there was Somnath that saw similar stonewalling from the Congress. The history is repeating itself again and the hatred for Hinduism has come a full circle. There is uncanny parallel to Congress’ stance to both Somnath temple and now Ayodhya.

While millions of Hindus can’t wait to see the Bhoomi Pujan live in Ayodhya on Wednesday, Congress is maintaining a stoic silence on the event. Praising the moment would make them fall foul of their vote bank, the Indian Muslims, and criticizing it would earn them the ire of millions who have waited generations for this moment.

Its worth a recall that the Somnath temple was ravaged by various Muslim invaders, among whom Mehmud of Ghazni stood out for his barbarism in the 11th century.

Congress of those years, in early years of Independence, was split into two camps. While the leaders like Sardar Patel, K.L. Munshi, Rajendra Prasad were enthusiastic on the Somnath temple reconstruction, the then prime minister Pt. Jawaharlal Nehru was all against it. K. M. Munshi, who was also part of Nehru’s cabinet, had revealed in his book Pilgrimage to Freedom that Nehru saw the temple’s restoration as “Hindu Revivalism.”

It was Mahatma Gandhi who brokered a truce by suggesting that the temple be built with the money raised from the public. Both parties agreed to this solution. (Incidentally, Ram Temple in Ayodhya is also to be built with people’s money. As for information, Rs 30 crores have been collected so far).

After Patel’s death, it fell upon Munshi to see Somnath temple’s reconstruction to a fruition. Dr Rajendra Prasad, president of India, was invited for the inauguration ceremony. Nehru again protested, stating it would be inappropriate for the president of a secular country to be part of the ceremony. Dr Prasad however would have none of it and attended the event. Nehru was again left swearing under his breath. There are some interesting letters which Pt. Nehru wrote to Dr Prasad on Somnath temple which could be read here.

However, Nehru who is hailed as the Indian icon of liberalism and freedom of expression, made sure the President’s speech was censored. The Somnath temple was reconstructed in May, 1951. It’s visited by millions every year and is a cultural legacy of a land which is known as Bharat. Incidentally Rahul Gandhi, his great grandson, visited Somnath Temple in 2017 but it was pure and simple political gimmick on the eve of state elections.

Similar outpourings are now visible with the Bhoomi Pujan of proposed Ram Temple due on Wednesday, presided over by India’s prime minister Narendra Modi. Doordarshan of course would provide a live telecast to millions of Indians at home and abroad. It’s another reclamation of India’s legacy. Representatives of all faiths and sects, be it Jain, Baudh, Sikh, Muslim, Christian, tribes and not to say spiritual gurus and leaders of the country have been invited for the event.