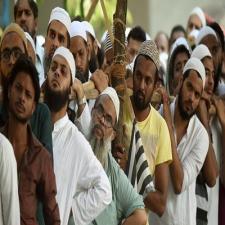 This piece is for our Muslim brothers and sisters in India.

While you are poisoned everyday by your newspapers and the party of your choice, Indian National Congress, that the Centre is out to get the beef out of your dinner table, that cow-slaughter houses are being shut down indiscriminately, that even cattle sale had been restricted, there is a compelling reason for you to not oppose but support the Modi government on the matter.

The latest scientific report from the ongoing World Economic Forum (WEF) in Davos asks beef consumers to cut down on its consumption and improve their life-span by 5 to 7%. Red meat means higher cholesterol and blood pressure, both of which can lead to heart disease and stroke, and deliver few benefits by way of fiber and potassium. Beans and Peas are excellent alternatives to beef.

This is not a Hindu propaganda but a scientific report by Oxford Martin School commissioned by the WEF. Beef requires 23.9 kg of CO2 to produce 200kcal of food, but plant-based alternatives like beans, peas and nuts emit less than 1kg of CO2 for the same amount of nutrition. While beef accounts for around 25% of total food-related greenhouse gas emissions, it’s plant-based alternatives could reduce emissions from food by nearly 25 per cent.

With the world’s population expected to swell to 10 billion people by 2050, the unabated demand for beef could have a catastrophic impact on the environment and human health. “It will be impossible to sustainably satisfy the world’s future demand for meat,” WEF managing director Dominic Wughray said in a statement.

Sorry folks, your English newspapers, barring Hindustan Times, haven’t covered this WEF report in today’s (January 4, 2019) editions. That’s because you see, they hate cows but love its’ beef. So is the reason why you have extensive coverage when a beef festival is organized in Hindu-baiting Pinaryi Vijayan’s Communist government in Kerala. Or when Youth Congress leaders publicly slaughters a cow in public. An Indian Express today gives a screaming headline against stray cattle menace but have not a line on three BJP workers stabbed in Kerala on its front page. Dubious historian Ramachandra Guha happily posts his picture of having a beef lunch with the tweet: “After a magical morning in Old Goa we had lunch in Panaji, where since this is a BJP-ruled state, I decided to eat beef in celebration.” They use you—Muslims of India—to get to Hindus whom they hate. If they indeed were concerned about you, this scientific report against beef consumption by WEF which has made headlines worldwide, wouldn’t have been spiked by your English mainstream newspapers. Have they told you why McDonald and Dominos pizza worldwide don’t serve beef?

So be sensible. Not a pawn in the game of English mainstream media. Worry about your life which ostensibly is not the concern of Lutyens Media.You are led astray like cattles by your newspapers.