Biden shuts down probe if Covid-19 originated from Wuhan Institute 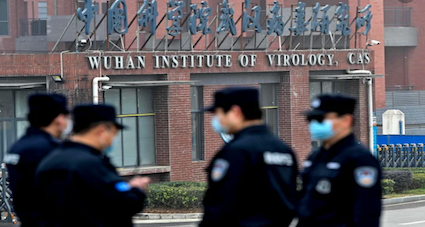 The Biden administration pulled the plug on a Trump-era State Department investigation into whether COVID-19 originated from the Wuhan Institute of Virology in China, according to a Tuesday evening report by CNN.

The effort, led by then-Secretary of State Mike Pompeo, also sought to determine whether China’s biological weapons program may have played a role in the pandemic. According to the report, it was met with internal opposition from officials who thought it was simply a politicized witch hunt to blame China for the virus.

According to three unnamed sources, when Biden was briefed on the investigations’ findings in February and March, he pulled the plug – and instead opted to trust the findings of the World Health Organization, which conducted an ‘investigation’ earlier this year which turned out to be nothing more than political theater, the cast of which included the highly conflicted Peter Daszak, the Fauci-funded virologist who was studying bat viruses at the Wuhan lab.

“The way they did their work was suspicious as hell,” said one former State Department official.

Pompeo, meanwhile, said in May 2020 that there was “enormous evidence” and a “significant amount of evidence” to support the lab-escape theory.

The revelation that Biden shut down the inquiry is awkward at best, after the Wall Street Journal reported on Sunday that three researchers at the Wuhan Institute of Virology were so sick in November of 2019 that they sought hospitalization, citing the intelligence report that Biden rejected.

The details of the reporting go beyond a State Department fact sheet, issued during the final days of the Trump administration, which said that several researchers at the lab, a center for the study of coronaviruses and other pathogens, became sick in autumn 2019 “with symptoms consistent with both Covid-19 and common seasonal illness.”

The lab leak theory, floated by Zero Hedge and several other outlets in early 2020, was promoted heavily by former President Trump, who blamed China for unleashing the virus on the world and derailing historic economic growth following three years of ‘America First’ international negotiations, along with generous tax breaks.

Trump also said he remains confident that the lab leak theory is correct.

“‘People didn’t want to say China. Usually they blame it on Russia,” he continued. “I said right at the beginning it came out of Wuhan. And that’s where all the deaths were also, by the way, when we first heard about this, there were body bags, dead people laying all over Wuhan province, and that’s where it happened to be located.”

“To me it was very obvious. I said it very strongly and I was criticized and now people are agreeing with me, so that’s okay.”