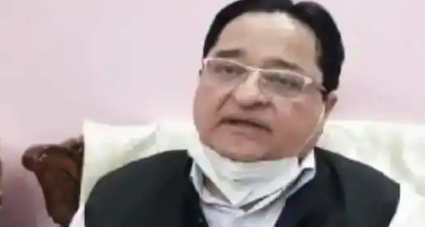 Samajwadi Party MP ST Hasan made a bizarre comment, claimed that the Covid deaths are happening because the Prime Minister Narendra Modi-led government interfered in the Sharia Law.

Alleging “injustice” to Muslims due to the introduction of the Citizenship Amendment Act (CAA), he said it was deliberately made to target the Muslim population and thus the country is facing its repercussions.

“The BJP government in the last seven years have tampered with the Islamic Sharia law. They have passed the Citizenship Amendment Act, which is against Muslims. We have also witnessed two storms wreaking havoc in a matter of just 10 days, and amidst all this, thousands of people are dying due to the coronavirus outbreak. If the ones on the earth do not do justice, then the ones above take charge and deliver justice,” ST Hasan said.

He further added that even the two cyclonic storms- Tauktae and Yaas arrived because the central government did injustices during its rule. Later when he was questioned for absurdly blaming Bharatiya Janata Party for natural disasters, he said, “We Indians are religious people. We believe that some superpower exists, who runs the world and imparts justice. The current predicament is the result of the thoughtless decisions taken by the BJP government, which includes tinkering with the Sharia, bringing in CAA and various other moves.”

Earlier also, the Samajwadi MP has made several controversial statements including saying that he felt parliament was a religious group rather than a governing body. “Mera sar sharm se jhuk jata hai,” he had said.