BJP MP from Himachal found dead in his home in Delhi 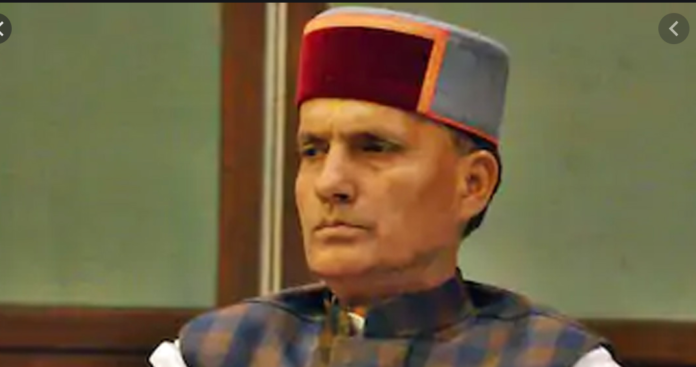 Police said that they received a call around 6.30 a.m. regarding the incident. A team from North Avenue police station reached Gomti Apartments located opposite RML hospital.

Sharma’s personal assistant (PA) had made the call. He said Sharma used to wake up every day at 6.30 a.m. but on Wednesday he found that the room was locked from inside. He knocked repeatedly but there was no response.  According to sources, the body has been taken to Dr Ram Manohar Lohia Hospital for post-mortem. The police present at the residence of the BJP MP said that they are currently investigating whether it was a case of death by suicide, as he is said to have been found hanging.

“It looks like a case of suicide, but we are continuing to probe. We’ll know better once we have the autopsy report and have questioned people,” said Chinmoy Biswal, Delhi Police spokesperson.

The parliamentarian was reportedly unwell for the past few months.

Proceedings in the Lok Sabha were also adjourned till 1 PM after an obituary reference to Sharma.

Prime Minister Narendra Modi expressed grief over the ‘untimely’ death of the leader and praised him for working tirelessly for the betterment of society.

“Shri Ram Swaroop Sharma was a dedicated leader, who was always committed to solving people’s problems. He worked tirelessly for the betterment of society. Pained by his untimely and unfortunate demise. My thoughts are with his family and supporters in this sad hour. Om Shanti,” PM Modi tweeted.

Union Home Minister Amit Shah also took to Twitter to express his condolences. “I am deeply distressed by the sudden demise of BJP MP Shri Ram Swaroop Sharma from Mandi in Himachal Pradesh. I express my condolences to his family in this hour of grief and pray to God for peace of the departed soul,” Shah tweeted.

Born at Jalpehar village in Mandi district on June 10, 1958, Sharma was a two-time MP. He was elected to the 16th and 17th Lok Sabha from Mandi parliamentary constituency in 2014 and 2019 respectively.