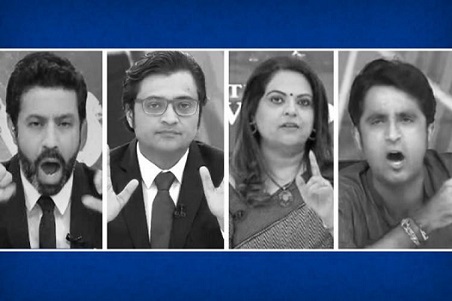 Nearly after a month after when top Bollywood stars including Sharukh Khan, Salman Khan, Akshay Kumar, Farhan Akhtar, Aditya Chopra, and other filed a lawsuit within Delhi High Court towards  “irresponsible reporting by certain media houses”, the court told two channels–Republic TV and Times Now- that “no defamatory content” must be uploaded on social media or displayed on channels.

The petitioners had filed the case after the death of late actor Sushant Singh Rajput, which is currently being investigated by three agencies- The Central Bureau of Investigation (CBI), the Narcotics Control Bureau (NCB), and the Enforcement Directorate (ED).

Observing that their reportage has violated the law, the Court has also asked the channels to “withdraw, recall and take down all the defamatory content published against Bollywood by them”.

The court said there needs to be some “toning down” and that the media channels were apparently not following the Programme Code. “If you (new channels) do not follow self-regulation, then what is to be done in a matter like this? You are prejudging issues. It is less news and more opinion,” observed the court.

The court also mentioned that channels used highly derogatory terms for Bollywood like “scum”, “filthy”, “druggies” etc over the past few months.

The court has sought a written response in two weeks on the case and recorded the assurances by the channels to follow the Cable TV Act & Rules, and the Programme Code.