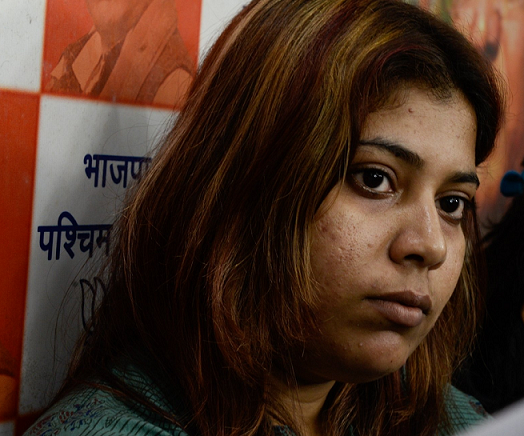 You know about Priyanka Sharma. The girl who was jailed by West Bengal police for sharing a meme on chief minister Mamata Banerjee. She has subsequently been released on Supreme Court’s intervention.

But was apology a condition for Priyanka Sharma’s release? NO. It was an unconditional release.  The court order clearly says her release was not “ subject to” her apology. SC did ask her to apologize but it was not a pre-condition. PERIOD.

However, none of the newspapers gave a truthful account. They made sure “apology” appeared in their headlines even though it wasn’t a pre-condition for Priyanka Sharma’s release. Little did they realize they would be caught in their own mesh within 24 hours.

Now switch to Scene II. Next day, Priyanka Sharma, on her release, called a press conference and asserted she would not apologize.

Now this became a problem for our Lutyens Media. How do they cover it? They couldn’t have ignored Priyanka Sharma’s press conference. Nor could they give headlines that Priyanka Sharma has refused to apologize.  Wouldn’t it amount to Contempt of Supreme Court? But if they press with this logical line, it would expose that “apology” was never a pre-condition. That all they had done was to dupe their readers a day before.

Imagine. If SC asks you to apologize and you refuse, it’s a eight-column banner headline.  But then apology was never a pre-condition.  All the readers of Lutyens Media got was lies and machinations.

Now comes the operative part of my piece. Guess why Lutyens Media were afraid to make a “hero” out of Priyanka Sharma? And this is where I want your attention. All powers move on brands. You create a brand which could gather mass and it would come handy in due course. Kanhaiya Lal (rebel youth), Arvind Kejriwal (Magsaysay Award) for instance.  These common men/women become a part of the eco-system where like-minded jurists, academicians, historians, actors, writers, bureaucrats, media all combine to create a matrix for unsuspecting readers and viewers from which they can’t break free. They make sure that you don’t hear/view/read any counter-narrative which could puncture their balloon of lies and deceit.

Now Priyanka Sharma has become a readymade brand. Brand against totalitarianism, a beacon for freedom of speech, defiance, an individual against the system. She needs just a puff of air to fly and inspire millions others. Like a ray of light, it could remove the cover of darkness over readers. And that’s a problem for Lutyens Media. This is beating them in their own game. So they make sure Priyanka Sharma remains grounded. That she remains obscure, more grievously injured than perhaps she was in a West Bengal jail. What if they have to invent lies and twists finer details to gang up against a young girl and her inspirational struggle against tyranny. All those slogans for “democracy”; “freedom of speech” “freedom of expression” are only convenient tools. They were never in a fight against “the fascist forces.”

Readers, if you cross check the facts I mention and find them true, what could you do? PLENTY. I sincerely believe the “Deep State” or “Break India” forces largely depend on their two organs: (a) media; (b) a type of education without which you can’t make a career.  It’s their best bet to keep the citizenry uneducated and servile. That unfortunately is you and me. Suckered.

What you can do is to start reading your newspapers closely. And then cross-checking with those who keep an eye on them: Swarajya Mag; OpIndia and NewsBred etc. If you find you’ve been duped by your newspapers you could (a) confront them on social media, e.g twitter; (b) insist on a response; (c) and if both the first two options bear no results, stop paying and subscribing to these newspapers.

This would have a cascading effect. Lutyens Media would be forced to mend its way. If they don’t, they lose readers and become impotent organs for their masters. Trust me, if your newspapers are straightened out, India is saved. If India is saved, so are you and your kids.

Finally, if convinced this is what you should do. Copy and paste and tweet:

As your readers, I want to know if “apology” was a pre-condition for Priyanka Sharma’s release? If not, why didn’t you mention it to us? Give me one reason why we should still continue to be your readers?

I am posting this tweet. You should do it too. Ask everyone around you to do so. Force a reaction from them. Corner them. Not once but every-time their lies are exposed in the websites I have mentioned above. Only when the readers rise up against their Lutyens Media would they fall in line. Or go out of business. The fangs of the snakes would’ve been drawn.