Chandrayaan-2 set for its September 7 date with the Moon 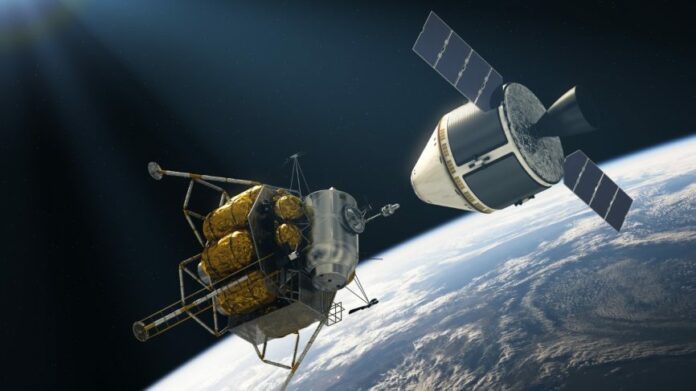 Chandrayaan-2 is set to create history by landing on Moon on September 7 and it’s no ordinary landing.

Multiple nations have been reaching moon for over half a century now but Chandrayaan-2, Moon Ship in English, is a league apart whichever way you look at it.

For starters, Chandrayaan-2 would be landing on Moon’s unexplored south pole region which nobody has done before and thus has stoked the curiosity of the world

The Chandrayan-2, launched on July 22 this year, would have to perform extremely deft and complicated maneuvers, besides an indirect trajectory to fulfill its mission. Its objective is to study the lunar soil, look for water and minerals, as well as mapping the topography to track tremors below the surface of the astronomical body called Moon.

Interestingly, the cost of putting Chandrayan-2 into space is only Rs 978 crore, the break-up of which is Rs 603 crore for the mission as well as Rs 305 crore for the launch. Compare this with the movie, Avengers: Endgame which cost Rs 2443 crore in the making.

India’s space budget is several times smaller than the cost of space programmes in China and Japan. Yet, India’s space achievements are as impressive as anyone else. It is one of the few countries which has mastered the technology of a cryogenic rocket engine. A few of the landmark projects it has accomplished include sending research probes to the Moon and Mars, as well as deploying Indian Regional Navigation Satellite System (IRNSS).

Chandrayan-2 is only the latest of extremely impressive performances which India’s space mission has achieved in recent times.

A few months before Chandrayan-2 was launched, in February, India put together a group of astronauts for Gaganyaan, an orbital spacecraft aimed to be the basis of the Indian Human Spaceflight Programme which could catapult the nation into a list of countries who are engaged in manned space flights.

In April, India conducted a successful missile test on its own anti-satellite weapons, shooting down a satellite in low-earth orbit. Only three other countries—US, Russia and China—have the credit of accomplishing such a mission.

In May, the Indian Space Research Organisation (ISRO) successfully launched Polar Satellite Launch Vehicle (PSLV-C46) with the latest RISAT-2B radar-imaging reconnaissance satellite, capable of monitoring the Earth’s surface at any time of the day or night, even through layers of thick clouds, and could gain information for all-weather surveillance with the whereabouts and movements of terrorists. It can also be used for agricultural purposes or to monitor natural disasters.

India was quick off the Space research block after becoming independent from British rule in 1947.  It became the seventh country in the world to launch its own satellite—Aryabhata—in 1980.  It’s recorded use of rockets date back to the 1792 Siege of Seringapatam when racketeers under the command of Tipu Sultan fired rockets at British troops. Those rockets, termed Mysorean rockets, were iron pipes tied to bamboo guide poles which fired the rockets up to a range of a kilometer.

India, under the Modi government, is committed to skyrocket India’s space infrastructure over the next few years. Besides, the ISRO plans to attract investments from both public and private sector, besides intensifying collaboration with foreign partners. The quota for foreign capital investment in the military and strategic sectors have already been increased from 26% to 49%.