‘China is beefing up military logistics in 3 neighbourhoods of India’ 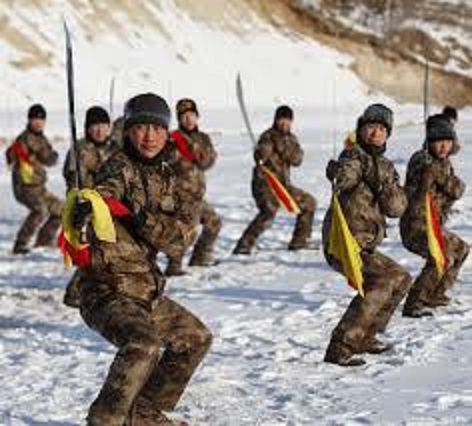 China is massing up its military logistics and infrastructures in three countries which border India—Pakistan, Sri Lanka and Myanmar.

This finds mention in the Pentagon’s annual report “Military and Security Developments involving the People’s Republic of China (PRC) 2020” submitted to the US Congress on Tuesday.

As per the report, China is seeking to set up robust logistics in about a dozen countries. Besides India’s neighbours, the other countries where China is beefing up its military muscle is Thailand, Singapore, Indonesia, United Arab Emirates, Kenya, Seychelles, Tanzania, Angola and Tajikistan.

The Pentagon says in the report that these military logistics facilities are in addition to the Chinese military base in Dijibouti which is aimed at supporting naval, air and ground forces projection.

China has probably already made overtures to Namibia, Vanuatu, and the Solomon Islands. The People’s Liberation Army (PLA) have on their radar the sea lanes of communication from China to the Strait of Hormuz, Africa and the Pacific Islands.

China is using its leverage through One Belt One Road (OBOR) project along its western and southern periphery. The report says that first announced in 2013, OBOR is a signature foreign and economic policy advanced by President Xi Jinping.

Pentagon feels that such military network of China could interfere with the US military operations and could be used as a launch pad to attack the United States.

The military logistic network could disable intelligence monitoring of the US military.

Chinese navy marines are stationed at the base with wheeled armoured vehicles and artillery. However, they are dependent presently on nearby commercial ports due to the lack of a pier on base.

The report states the Chinese personnel at the facility have interfered with US flights by lasing pilots and flying drones in Djibouti.