China loses cool as its sales take a Rs 40,000 crore hit this Deepawali 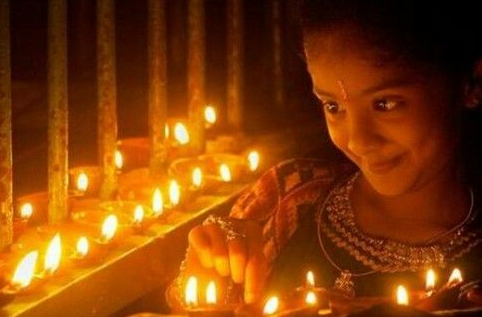 China is pooh-poohing the Rs 40,000 crore loss it has suffered this Deepawali in India. It’s mocking that by choosing to buy local, India has opted for “deterioration of the quality of life for Indians, especially the poor people” and the move is “primitive.”

Global Times, the propaganda media outlet of the Chinese Communist Party (CCP), sneered at Indian products as “primitive diyas (earthen lamp)…at the cost of modern products from China… (it) represents nothing but a decline in the living standards of the people. ”

China has embedded itself into Indian markets by producing cheap everyday stuff which hits a high in festival season such as Deepawali. From agarbattis (incense) to footwears to clothes to decorations to gifts. However, such is the anger amongst Indians over its indiscretion in Galwan Valley in Ladakh this summer, having killed 20 Indian soldiers, that Indians have resorted with a vengeance to boycott Chines products.

The Confederation of All India Traders (CAIT) have declared that Indians spent a bumper Rs 72,000 crores on Deepawali this year and preferred domestic to Chinese products. This sale was up by 10.8% from previous year. Tens of millions of traders and firms from across the country reported major windfall of sales.

China is peeved of course. While before Diwali, Global Times was claiming that without LED lights from China, this Diwali would be dark for the Indians, it’s now saying that Indians have a poor understanding of “China’s export scale of small commodities.”

Further, it said that Diwali is quite small compared to volumes of China’s small-commodity exports. It added that the world’s largest small commodity hub in Yiwu, east China’s Zhejiang province, the Diwali merchandise trade volume is far, far less than that of the Christmas products.

Given the tension between India and China, and uncertainties in future, the Indian importers are being deterred from buying Chinese products. Consumers have also shifted to E-commerce giants like Flipkart and Amazon India.

The Indian firecrackers sellers though have suffered this Deepawali though as several states have placed a ban on firecrackers in view of deterioration of air quality.