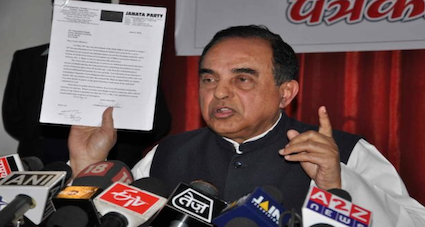 Taking to his official Twitter account, Swamy wrote “Putin as a junior partner of China has been summoned by Xi to be present in Beijing Winter Olympics. Putin is putting pressure on Modi to be in Beijing too so that the three can meet.”

Weihua wrote, “What nonsense by a CIA agent trying to drive a wedge between 3 great nations.”

He further added, “It would be great for regional and world peace if they meet either in Beijing or New Delhi or Moscow. Those in Washington clearly doesn’t like this to happen.”

It must be noted that this is not the first time, Swamy has been fabricating outrageous claims.

Earlier this month, Swamy had even peddled news to claim that India had helped China to create the Wuhan coronavirus.