Closing the door by other means: What new Singapore is doing to Indians 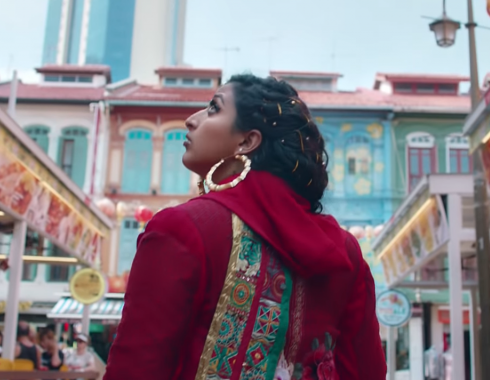 As the world grapples with the challenges of responding to the COVID-19 pandemic, racism, and xenophobia against migrant workers, in particular, are on the rise.

Coronavirus recognizes neither borders nor colours yet Asians have been ridiculed and attacked as the deadly virus continues to upend lives.

Xenophobia describes attitudes, prejudices, and behaviour that reject and exclude other persons, based on the perception that they are outsiders.

Nearly 10,000 miles away from the United States and Europe where the anti-immigrant climate is generally a matter of debate, an island nation has been clamping down the visas of Indian tech workers as a part of its efforts to make sure companies give locals a fair shake.

A thread of nativism has entered in Singapore, a country which is often acknowledged for its ease of doing business and liberal immigration rules.

Singapore, which has about 1.7 million white-collar workforces among which about 400, 000 are non-residents, has been taking up measures to ensure that firms have a “Singapore Core.”

However, it is unclear whether the policy changes are a reaction to the disrupted economy caused by the coronavirus or reflect a deeper inward shift.

One of the lawmakers of the ruling People’s Action Party, in his visit to the business park, remarks about the constant increase in the number of foreigners saying that he feels “like a foreigner in his own country”- these comments result largely from the xenophobic sentiments and systems.

The government has also raised the minimum salaries that are a must for professionals to qualify for visas. The companies are also targeting non-Singaporeans during their layoff process.

The Singaporean officials of the Ministry of Manpower are also reportedly asking the companies to provide them information on the number of applications submitted by Singaporeans and whether Singaporeans are getting interviewed for the position or not.

Nasscom (National Association of Software and Services Companies( has observed a significant reduction in the visas over several years and also points out how things have become tough since last year.

Gagan Sabharwal, a senior director at Nasscom says, “Demand for work permits has come down to a trickle… they realized that the total number of people they have… far exceed the optimal level [the country can accommodate.”

While the United States, Canada, and the United Kingdom have already shut their doors and has made it harder for Indians to migrate to each of those locations, the tightening of visa from Singapore has accelerated the problems for India’s tech professionals.

A noted concentration of Indian nationals employed in tech and banking jobs has been specifically prone to the issue in Singapore.

Although some European migrants have also raised their concerns regarding the rising nativism, the Indian part still remains to be more controversial because of the 2005 agreement between Singapore and India that includes language about the movement of professional workers. However, the Singapore government has been denying the presence of any special privileges in the agreement for Indians.

With no concrete records available on public domain related to the national origins of ex-pats, the financial regulator of Singapore mentions that 57% of senior managers are foreigners.

The Opposition lawmaker has criticized DBS, a regional bank in Singapore for not having a “homegrown” leader. (The Chief Executive of the bank is a naturalized citizen of Indian origin)

Meanwhile, Faiz Modak, Senior manager at Robert Walters, a recruitment firm, has assured that Singapore’s tightening of visa eligibility would have a minimal effect on many financial-sector jobs.

Although racism and xenophobia are distinct concepts, they are overlapping phenomena and it is no surprise that racism is the primary driving force that is triggering the nativism. The proportion of Singaporeans who said they were comfortable with the idea of having India-born naturalized citizens records a significant drop of 7% from 51% to 44% between 2013 and 2018.

With all this, the Coronavirus pandemic has given another blow to Indian expatriates. Abhishek Gautam, a 30-year-old mechanical engineer was in Delhi when the borders closed, and now his application to re-enter Singapore has been denied for more than 25 times. There are many Indians who have been stuck in the same situation. They have also asked the officials of the Indian government to intervene and help them to get a solution.

However, Singapore authorities have stated that most of its imported cases of the virus originated in India and “Entry approvals for incoming travellers . . . are limited to reduce further risk of importation of COVID-19 cases and to protect public health,”

All of these new efforts to promote local hiring are a stark contrast of the picture of Singapore where the country is presented as an attractive destination for the highly-skilled worker.