Conceding on caste-census would bring India to knees; it would be ungovernable 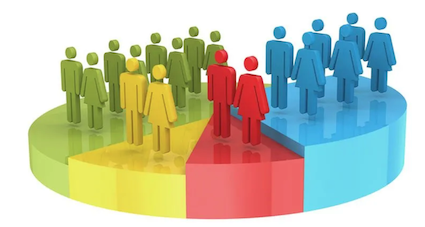 India, as we know it, is in trouble. There are big regional parties such as RJD, JD (U), SP or BSP who are clamouring for caste-based census. The ruling Bharatiya Janata Party (BJP), one presumes, is not in favour of it. The Constitution already recognises Scheduled Castes (SC) and Scheduled Tribes (ST) while other Indian citizens are in General category in periodical Census conducted. This new demand is to determine and recognise the Other Backward Caste (OBC) component in it.

Let’s look at it from the pro caste-Census group’s perspective. They find it strange that when even tigers and buffaloes are being tabulated in this country, and when the Centre has allowed States to make their own list of backward castes, when there is reservation for them in government jobs and colleges, what’s the problem if caste-census is also conducted? On the other hand, the Centre, arguably, feels that it would further divide the country on caste lines; creamy layers of OBCs would resent if lessers eat into their shares; and the present reservation limit of 50% would go up many notches above. Besides, what would we do with the reservations we already have of SC/ST seats in Lok Sabha and in the assemblies, as per their component in the population?

Confused? Let’s put the figures to help you better. It’s said that OBCs account for 52% of India’s entire population. Presently, the 50% cap on reservations, an outcome of Mandal Commission, gives OBCs a share of 27%. It implies the share of SC/STs is 22.5 percent. Once it’s put in black and white that OBC’s are twice the size of SC/STs, they would want twice the benefit. So either the reservation limit goes up to 70-80%, or OBCs sulk and bring the nation to a halt—to much joy of regional caste-based satraps of SP, BSP, RJD and JD(U) etc.

That’s not all. Kurmis, Jats and Yadavs etc are dominant OBCs. They wouldn’t let the lower-caste OBCs to eat into their share. As per the Rohini Commission, set up in 2017, through which the Modi government wanted to classify the share of 2633 OBC castes, the percentage worked out for 27% quota was 2,6,9 and 10% among four sub-castes. And think of madness which would erupt if you remember that Jats are dominant in one state (Punjab) and quite poor in another (Rajasthan).

The Urban India is completely innocent of the intricacies of caste system in India. It only thinks of Brahmins, Khastriyas, Vaishyas and Shudras is all there to it. But  our caste system isn’t what West drew upon from its own experience. In terms of India’s reality, caste is “jati” which runs into many thousands. It loosely translates into “community.”

BJP is today a dominant force in Uttar Pradesh and India only because it has harnessed lower sub-castes among OBCs. Its just not a Brahmin-Bania party as it was once known. It reaped handsome dividends in 2017 UP state assembly polls as well as in general polls in 2019. For example, BJP’s support among lower and upper OBCs was 22% in 2009. But by 2019, its support base among lower OBCs had risen to 47%. Amongst the “creamy” OBCs, BJP actually lost support between 2014 and 2019: from 14% to 9% in Bihar and 26% to 24% in Uttar Pradesh. Today, out of the 543 Lok Sabha seats, 120 are OBC MPs from Bihar and UP.

It’s just not BJP. Even successive Congress government didn’t want the caste-census matter to be put on table. The Congress’ hands were forced in 2010 when a majority of MPs wanted a caste census. Interestingly, the Socio-Economic and Caste Census was initiated in 2011 but its findings were never released! Bringing on caste-census would mean a rebirth of Mandal politics. Castes with bigger numbers would ask for bigger share. Those with lower numbers would come on to street.

The Indian Constitution envisaged a sunset clause for the caste-based reservation. It’s criteria ought to have been defined as economic backwardness and not of socio-cultural-historical definition. All caste-based reservation has done is to make people more conscious of their caste-identity and made their integration a tricky task. It has hampered the social and economic integration. All it was needed is to improve their access to education. The State should have clear policy on primary, secondary, higher and vocational education. The economically weaker sections should be provided with financial assistance. A youth with a degree has a higher chance of employability. The societal divisions would thus shrink.

The noise on caste-census would only increase in coming days. The opposition is keen that BJP is derailed from its success with OBCs in particular. If they could wrest majority of OBC votes for themselves, all these Akhilesh Yadavs, Mayawatis, Tejashwi Yadavs and Nitish Kumars etc would be in game once again. If nothing, it would make India ungovernable. If BJP concedes on this demand, politically it would be akin to suicide. Even their partners in NDA would hanker for a bigger chunk of pie. Caste-based reservation has been bane rather than boon for India’s progress.