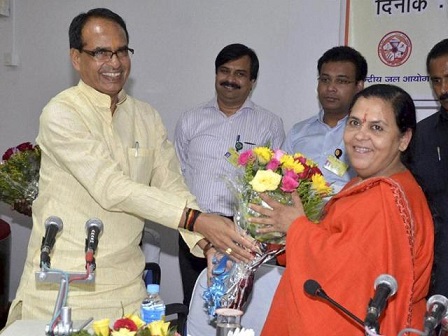 With turmoil in Congress party,  senior Bhartiya Janta Party (BJP) leader and Madhya Pradesh chief minister, Shivraj Singh Chouhan took a jibe and said, “Congress is a ship that is bound to sink.”

Claiming that “no one can save such a party”, Chauhan’s remarks came in the backdrop of morning’s news that Sonia Gandhi had offered to resign as president of the Congress president in the working committee meeting of the party. By the evening, Gandhi was persuaded to remain at the helm though a new president would be elected within next six months.

Chauhan, while addressing media, mentioned that even when Jyotiraditya Scindia tried to question the working of the party, he was accused of “colluding with BJP” and  now when their senior leaders like Kapil Sibal, Manish Tiwari, and Ghulam Nabi Azad are raising their voices, they are also accused of the same.

Uma Bharti, another leader from BJP, also didn’t miss the chance to comment upon the internal crisis of Congress. She took to twitter and remarked that the dominance of the Gandhi family is over now.

Meanwhile, Congress dynast Rahul Gandhi questions his party members and the timing of letter from the senior leaders that demands “full time and the visible president” for the party.

He reportedly targeted the senior leaders and accused the signatories of “colluding with the BJP.” Two of the senior Congress leaders, Ghulam Nabi Azad and Kapil Sibal showed their strong resentment against Rahul’s statement.

While Sibal took the twitter to hit Rahul Gandhi, Azad dared him and said if Rahul’s allegations turned out to be the truth, he would resign.

However, party spokesperson Randeep Surjewala clarified on behalf of Rahul Gandhi, just like he does every time, and tweeted that Mr. Gandhi hasn’t said something of a similar nature and people shouldn’t be misguided.

Later both Sibal and Azad claimed all was well after Rahul Gandhi clarified with them.