Covid-19: How much truth is in the ‘Herd Theory’ we keep hearing about? 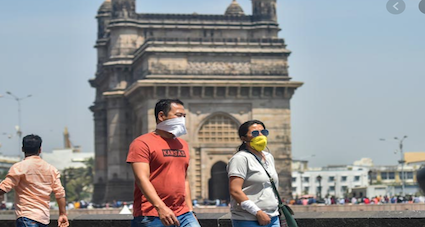 Centre has been quick to dispatch its team to troubled nine states where Coronavirus is on surge. We had almost left the pandemic in the recess of memory but now its making its presence felt. It’s no different in rest of the world where Covid-19, seemingly in control, has made a comeback. So is India seeing Coronavirus 2.0?

A few things you know by now. That there are new tough variants from the United Kingdom, Brazil and South Africa which is lengthening this battle. A few hundred “carriers” are already in India. We also know that “herd” immunity must kick in, implying that a majority of population, if it has anti-bodies to Coronavirus, would make the country safe. How far we are on the road towards “herd” situation?

Raman Gangakhedkar, former deputy director of ICMR and an epidemiologist, was quoted as saying: “So far, we are not close to herd immunity (which means 75 percent of the population has been infected by the virus). Sero survey showed that merely 22 percent of people were infected. Therefore, a large part of the population is still vulnerable.”

If “herd” was the condition to be safe from Coronavirus, Maharashtra should’ve been the first state to get rid of it. Afterall, it accounted for more than half of India’s all cases and it surged for months at end. Surely, this should’ve been enough to kick in the “Herd Factor”. But it hasn’t. On Wednesday, it reported highest 6,971 new cases. It also had the maximum casualty with 35 on board.

In Maharashtra, Mumbai, Pune and the surrounding areas along the Vidarbha region have contributed maximum to this surge. Nearly 60 percent of the new infections in the second week of February were reporter from Pune, Mumbai, Nagpur, Thane and Amravati. The state government has resorted to night curfews and complete lockdown, as is in the case with Amravati. Chief minister Uddhav Thackeray has talked tough but let’s admit it, the handling of Virus has been one big blot of his tenure.

So the “herd theory” doesn’t fit in with Maharashtra. It could with Kerala though which reported the second most cases on Tuesday—4,070. It reported 15 deaths. Since it was a shining light early in the battle against Coronavirus, the theory is that its success was its own failing. Since Coronavirus couldn’t spread, the “herd factor” didn’t kick in!

All these theories should make one very, very sceptical. The truth is we are still in high sea in this battle though apparently not drowning as was the case before vaccines arrived. If India resorts to same tough discipline and measures as it did in the high tide of Coronavirus, there’s no reason why India shouldn’t be on top of this so-called 2.0 of virus. Though inter-state travel isn’t restricted, the mandatory negative test report is being sought in some states, including Delhi, which is the way to go.

Just in passing, India’s positivity rate was pegged at 5.20% on Monday which remains heartening. It’s active caseload is 1.5 lakhs which implies that only 1.36% of all positive cases in India is what is left.

The rest of the world is reeling too. The figure of casualty in the United States has crossed 5 lakh victims. The United Kingdom is still battling widespread lockdowns. Its UK variant of coronavirus is spreading rapidly in countries such as the USA Ireland, Jordan and Portugal. Brazil and South Africa are deep in trouble. Hospitalisation in Spain are higher than they have ever been. In a number of European countries—the Czech Republic, Estonia and Slovakia—the infection rate is worsening.

How is Africa or Latin America coping? We know that little filters through from these two Continents. Also, that testing and records don’t quite tell the real story. Brazil reported 51,879 new cases last Thursday. The entire Latin America so far has brought to light over a crore of cases.

Truth to tell, it’s a long battle. It isn’t over till it’s over. We could formulate “herd theory” and similar such 20-20 hindsight vision but the last we would hear on this pandemic is when it’s really over. Only by the end of 2021 we would know where stand. So halt early celebrations, bring out your masks and dig in your heels for fresh resolve.

The virus is still raging.