Covid-19: Why China can’t shut down its ‘wet markets’ despite outcry 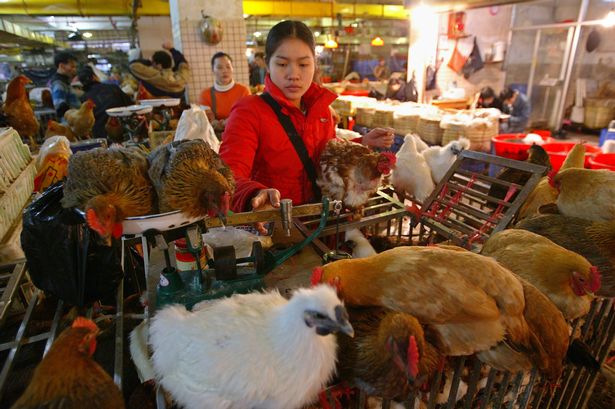 There is a chorus around the world that it’s “wet markets” of China which has sunk the world through Covid-19 pandemic but closing them is easier said than done.

Mike Pompeo, the US secretary of state, blames “wet markets” where pathogens jump from animals to humans while the Australian prime minister Scott Morrison has asked them to be closed where live animals are slaughtered on the spot for consumption. The origin of Covid-19 were laid to rest in January itself when the head of China’s Center for Disease Control and Prevention, Gao Fu, said: “The origin of the new Corona Virus is the wildlife sold illegally in a Wuhan seafood market.”

Dr. Anthony Fauci, a key figure on the White House coronavirus task force, said of China’s wet markets: “It boggles my mind how, when we have so many diseases that emanate out of that unusual human-animal interface, that we just don’t shut it down.” Some 70 House and Senate lawmakers have sent a letter to the World Health Organization (WHO) urging it to support the closure of the markets.

If this causes an outrage worldwide, the statement from World Health Organization (WHO) director-general Dr. Tedros Adhanom Ghebreyesus, accused of favouring China, has only added fuel to the fire. The WHO chief supports the reopening of wet markets. An exasperated Morrison has said,: “I’m totally puzzled by this decision (of WHO).”

Covid-19 is only the latest in the long list of troubles which originate from so-called “wet markets”: AIDS, SARS, MERS, Ebola and the swine flu have happened in too rapid succession for us to ignore the lessons. SARS, the closest relative to the present pandemic, is suspected to have originated from civets sold in wet markets of China. MERS came from camels.

Damningly, the Huanan Seafood Wholesale Market in Wuhan (see image), the alleged ground-zero of Covid-19, was reopened this month having been first closed in January. It’s a widely-held theory that Covid-19 came off bats, before spreading to pangolins and making the jump to humans inside the Huanan wet market–said to have stocked 120 wild animals across 75 species, including bats, dogs, pangolins, turtles and snakes.

Why China is reluctant to shut the damn “wet markets”?

It’s the market for wildlife animals which is the source of humanity’s troubles. It’s a live animal market where vendors slaughter animals upon customer’s demands. At a customer’s behest, the stall-owner would pull out, say a snake, from a cage by the back of its head, skin and gut it and drain it off fluids, both blood and one of spine, and draw It into a cut where mixed with some tonic it’s gulped down by the customer.

In Chinese culture it’s a belief that the body fluids of animals hold key to several human’s health problems. Thus the testicles of a Siberian tiger or powdered Rhino horn all carry, in their belief, some cure for some ailment. There are said to be curative powers in Lizard’s oil. China runs commercial tiger farms for traditional medicine and bear’s bile extraction is almost an industry, not just in China but also in Southeast Asia. It’s called Traditional Chinese Medicine (TCM) in normal parlance.

Chinese have been practicing such medicines for close to 2,000 years. It’s a cultural belief that ingesting plans and animal parts keep people safe from illness and restore their inner energy balance. On an average, the TCM uses about 1,000 plants and various organs and fluids of 36 animal species.

Thus there are tiger bones to treat arthritis and other join ailments, bear bile for liver ailments and headaches, seahorse for getting rid of impotence. Tragically, many of these animals are on endangered species list. Yet a demand persists for their magical healing power. It’s belief, and not scientific evidence, which sustains wildlife markets in China.

It’s not helped when WHO has endorsed TCM now. Chinese are apt to treat this validation as a proof of their long-held beliefs and practices. It grows a demand for new TCM markets for the revival of great Chinese nation.  Why, even in the midst of Corona Virus, China has been heavily promoting TCM, claiming that it has cured Wuhan virus patients without putting forth any clinical trial proof.

In such an endorsement, poor sanitary conditions are ignored. It becomes a ripe ground for close contact between humans and life and dead animals. It thus turns into a breeding ground for infectious diseases. Belief in TCMs and consumption of wild animals without evidence is surely a problem.

It’s said that bats would now face a backlash from humanity. It would be a mistake. The better option is to let them be where they are in their natural habitat.  Bats have unique immune system and carry a lot of viruses around them which could hurt others but not them. They are believed to have played a role in the transmission of at least 12 viruses, counting Covid-19. Scientists believe bats carry a reservoir for a lot of viruses that are hugely dangerous to humans. Yet, the also hold answer to curing various health conditions, such as cancer or diabetes.

Its’ unlikely advocacy groups, politicians and health experts could demand and China would shut down its wet markets.  A typical day for a Chinese housewife begins with a visit to wet market. It’s been a practice since the days when there were no supermarkets or fridge to keep food consumable.  It’s just a part of life. Not just cultural it has psychological reasons as well. You get to chat with friends and neighbours or develop new acquaintances. Asking price, checking the freshness of items, bargaining with the vendors is a daily experience in such wet markets. Both customers and vendors enjoy such exchanges.

A typical wet market in China doesn’t sell exotic animals.  These are expensive stuff which is normally beyond the reach of a common buyer in wet markets. There is no way China could shut down the typical traditional wet markets.

Yet a way has to be found and lessons from Corona Virus must not be lost. Globally, there is a Convention on International Trade in Endangered Species of Wild Fauna and Flora (CITES) which has more than 180 countries as members. It must come down heavily on dubious wildlife markets and animal farms. The illegal international trade in such wildlife exports must be closed. There ought to be a penalty stiff enough to deter exploitation of protected wildlife species. Inspections must get more intense.

Or else world would say that Chinese have food habits which kill millions of people.