Delhi riots: ‘AAP has entrusted relief with Waqf Board and you call me polarizing,’ asks Kapil Mishra 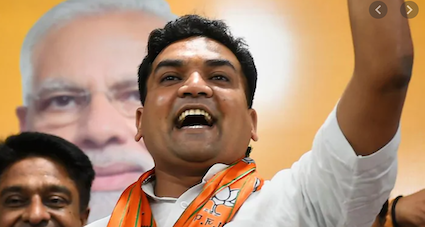 Some 7,000 paramilitary forces were deployed in Delhi, gangs of people were fighting each other with swords and bats, shops burst into flames, chunks of bricks sailed through the air, and mobs rained blows on cornered men, Metro stations were closed. DTC buses along with private vehicles were vandalized. Bricks were thrown at school busses and uncountable attacks on policemen. These are the flashbacks of February 2020. A year has passed to one of the worst communal tensions that Delhi has ever experienced. However, the entire tiff was presented as an “anti-Muslims pogrom” orchestrated by the “Hindutva goons”.

A false narrative was created that the anti-CAA protesters were completely peaceful, and it was the “Hindutva gang” that attacked the Muslims, starting the riots. Several mainstream media channels and intellectuals blamed Bharatiya Janata Party (BJP) leaders such as Anurag Thakur, Pravesh Verma, and Abhay Verma for instigating the riots but in the end it all came to down to one person: Kapil Mishra, also of BJP. In his speech in which he asked the police to remove the protesters who were blocking the public highway for over a month, he was blamed for the violence.

Kapil Mishra is sick of being blamed for Delhi riots which happened a year ago, to this month. He is sick that his words in the presence of a police officer are being held up against him and propagandist prepaid media has forgotten chief accused Tahir Hussain (with stocks of petrol and acid bombs on his terrace), or the fact that Sonia Gandhi gave a call for “aar-paar ki ladai (Do or Die Battle) or that Arvind Kejriwal hasn’t spoken a word against his own man (Tahir Hussain) to this day. He spoke to CNN News 18 and his comments are worthy of being reproduced here.

“Your channel itself has covered the riots, in December 2019, an IAS officer was pelted with stones, a mob from Jamia Milia University burnt the DTC buses. In the Seelampur area, a school bus was set to fire in the name of anti-CAA protest, don’t you consider all these events as riots?” countered Kapil.

Talking about his speech on February 23, the BJP leader said that he gave a three-day ultimatum to Delhi police in the presence of a senior police officer to remove CAA protestors from roads as because of them, people were prevented from going to work, or children to schools or sick going to hospital for over 100 days.

“What other way is there to give an ultimatum in a democracy,” he asked, “I did that in front of a police official. Do people who want to start a riot give ultimatums in front of the police? I am a local leader of the North East area. I was standing there on behalf of all the people of North-east Delhi” he said in his defense.

He also talked about how the Aam Aadmi Party (AAP) led Delhi government hasn’t talked about the involvement of their own party leader Tahir Hussain in the planning of the Delhi riots.

“It is on record that Tahir Hussain got his revolver released on February 22. Petrol bombs, stones, and acids were there on his terrace, does he know that I was going to give that speech? They have to take the responsibility of how in the name of peaceful protest they have killed people including IB officer Ankit Sharma, constable Ratan Lal, DCP Anup Sharma, and many more”

Reacting sharply to the question that, is Kapil Mishra pictured as a polarising figure, Mishra said it is not he who has polarised this rather it is the Delhi government, who as a democratically-elected government must provide relief to riot victims. But it has given this responsibility to Waqf board- a religious institution whose mandate is for one particular religion.

“People have called me by names, some has even told me a terrorist but all I asked was to open the roads because people were facing the problem” he added.

He launched a scathing attack on Delhi chief minister Arvind Kejriwal for his silence over Tahir Hussain and has till now not acknowledged how other AAP MLA’s were found supporting Tahir Hussain.

Not only Delhi riots, but he also put his point on the ongoing farmer protest. He mentioned how some anti-India elements are trying to hijack the democracy by protesting the way they want, irrespective of what the Supreme Court or the Central government says. “It’s been a year since Jihadi forces engineered the riots in Delhi, last year. Exactly the same pattern is being seen even now and they even gsucceeded at some places like what happened on Republic Day. The so-called fringe elements are trying to sabotage peace in the Capital, aided and funded by anti-India forces, both within and outside the country.”

One can see how it has become convenient for some elements to cherry-pick the events and create a false narrative to support their version of reality. – whether it is Delhi riots or Farmers protest. It might have benefited the petty politics of a few but in the bigger picture, it has definitely weakened the entire system.