Delhi’s pollution gets to Sonia Gandhi, says report: Shifting out on cards 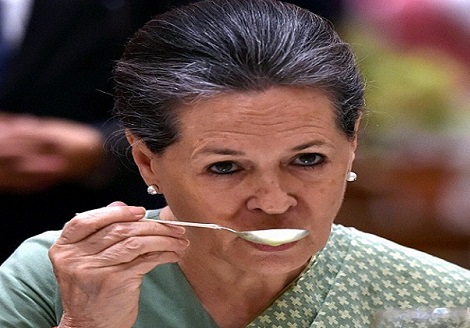 Congress president Sonia Gandhi has been advised to shift out of Delhi for a few days in view of the heavy pollution and poor air quality that aggravated her chest infection.

Republic World quoted some unnamed party sources as saying the shifting could happen on Friday itself and she could be accompanied by Rahul Gandhi or Priyanka Gandhi Vadra to Goa or Chennai for a few days.

“Mrs. Gandhi has chronic chest infection for over a month now and it is not improving because of hazardous air quality in Delhi. The heavy pollution has aggravated her asthma and her chest condition, and she has been advised by doctors to briefly shift out from here,” said the unnamed sources.

The 73-year-old Congress president made her last brief appearance at the Indira Gandhi memorial on Thursday to pay tribute to the late Prime Minister Indira Gandhi on her 103-birth anniversary.

She is going at a time when there are rumblings in the Congress over the debacle in Bihar assembly elections and by-polls in several states with the group of 23 dissenters, who had written a letter to the party chief in August this year, seeking organizational overhaul and calling for introspection over electoral setbacks.

Sonia Gandhi was admitted to the Sir Ganga Ram Hospital in Delhi on July 30 after chairing a meeting of the party’s Rajya Sabha members.