Editors’ Guild and fake concern on ‘Freedom of Press’ 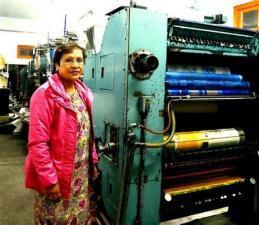 Editors Guild of India and Press Council of India (PCI) are nowhere to be seen or heard as the Meghalaya High Court imposed a fine of Rs 2 lakh each on The Shillong Times Editor Patricia Mukhim and publisher Shobha Chaudhari and ordered them to sit in the corner of the courtroom till the rising of the court.

It was in reference to a news report on the perks and facilities for retired judges and their families.

Chief Justice Mohammad Yaqoob Mir said that Ms Mukhim and Ms Chaudhuri would have to undergo six months of simple imprisonment and the newspaper would be banned if they failed to deposit the amount within a week.

Ms Mukhim reacted in Facebook thus: “We are told that the press is the fourth estate to keep the legislature, executive and judiciary in check. We are also exhorted by the most enlightened souls that the purpose of journalism is to afflict those in comfort zones and to comfort the afflicted and the voiceless. If the mighty are offended with us, we must be doing something right in our journalism and not propaganda.”

It’s puzzling that the “mombatti gang” who takes to streets at the slightest insinuation on the “freedom of the press” concern themselves only when a high-profile editor or an English mainstream media is under threat. Like Editors’ Guild recently did when Official Secrets Act became a real possibility against N. Ram of The Hindu and the ANI.

But they turn a blind eye when an Abhijit Iyer-Mitra is jailed in Odisha for 43 days; or Mahesh Hegde of Postcard News was jailed in Karnataka last year. So appears to be the case with the editors and publishers of Shillong Times.

Ostensibly, it’s meant to keep a cosy club of high-profile and networking journalists scratching each other’s back. But when it comes to lesser lights, they are hell-bent on erasing the news altogether—so that no other journalist breaks into the nation’s consciousness.