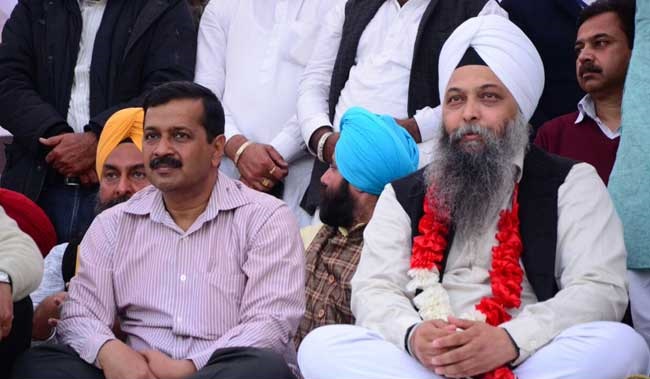 Aam Aadmi Party (AAP) has suspended former MLA Jarnail Singh from the party over his Facebook post that demeans the Hindu goddesses and has some objectionable comments on Hinduism.

However, the move by the party hasn’t cut much ice with people since Jarnail was more or less sidelined in the scheme of things of AAP.

After facing a lot of backlash on social media, Jarnail Singh later deleted the post making an excuse that it was mistakenly uploaded by his younger son during his online classes. Interestingly, the presence of such material on his phone also begs a question or two.

The provocation, apparently, was the unrelenting violence in Bengaluru over another facebook post on the Prophet Muhammad.

Jarnail has also been suspended from his primary membership.

In their statement, AAP said the party doesn’t support his views. Further, they added that there is no place for any individual who “disrespects” any religion.

Jairnal Singh was one of the prominent Sikh faces of Aam Aadmi Party and came to headlines after throwing shoe at Ex-finance minister, P.Chidambaram in 2009, showing his resentment towards Congress over their role in 1984 Sikh riots. He was elected as MLA from Rajouri Garden seat in 2015. He resigned in 2017 and went up to Punjab to contest election against Prakash Singh Badal.

After losing elections, he has been constantly sidelined by the party. He has also criticized the AAP’s decision of seeking conditional support from Congress before the assembly elections.