Express must censure itself on Richard Verma story 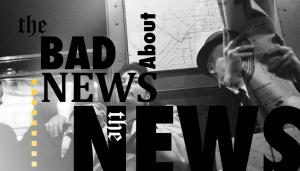 Today, Indian Express reported on Richard Verma’s visit to Bihar and the US envoy’s comment that “free speech is a key tenet” of India and United States on its front page..

Wrong Mr Envoy. Free speech is not a key tenet of United States. And no, we don’t have just Julian Assange and Edward Snowden in mind! The US State Department rules that “former employees are expected to refrain from engaging in activities of any kind, including writing manuscripts or giving speeches…”

Present US rules allow indefinite detention of Americans without due process which a federal judge mentioned has a “chilling effect” on free speech. The secret service can arrest anyone protesting near the President. And we haven’t come down to mass spying by the National Security Agency (NSA) yet which isn’t quite a recipe to encourage free speech.

It would interest Indian Express to know that journalists who report on whistleblowers are being persecuted. Protestors are being tear-gassed and beaten. And if you are filming police officers in public, you had it.

Back to today’s front page story. Mr Envoy was duly asked on JNU incident and he said that “it should be left to the government and students to decide (on the free speech debate).”

Wrong again Mr. Envoy. The matter is out of government and students’ hands. It’s now with judiciary. Look at it this way, government has charged a few students with sedition. And you want the two to mutually decide across the table? It’s like Barrack Obama calling Islamic State Caliph Abu Bakr al-Baghdadi to the White House “to decide” on terrorism. Do you see the absurdity?

By now the Indian Express decided to take the matter in its own hands. It added in next para that this is the first time a diplomat in India has spoken about the JNU affair.

Really? We all Indians must hang our heads in shame. After all, an employee of a different nation has censured our sovereign country.

Before the para is out, the dagger was plunged deeper. The newspaper added for good effect that Verma was concerned over the “chilling effect” of regulatory steps taken by the Modi (and not Indian) government against certain NGOs including the Ford Foundation.

Let me refresh your memory. Last year, the Centre put Ford Foundation on a Watch List and restricted its funding based on Gujarat government’s view of its “covert activities.” Ford Foundation provides enormous funding to a few of India’s elite educational institutions.

In his book “Philanthropy and Cultural Imperialism,” author Robert F. Amove states that the philosophy of these Big Three is designed to sustain the hegemony of the existing market forces.

Worse, these liberal foundations are accused of working closely with the Central Intelligence Agency (CIA) of the United States. A US Congressional investigation in 1976 revealed that nearly 50% of the 700 grants in the field of international activities by the principal foundations was funded by the CIA (Who Paid the Piper? The CIA and the Cultural Cold War: Frances Stonor Saunders, Grants Books, 1999, Pp: 134-135).

By the late 1950s, the Ford Foundation possessed over $3 billion in assets. The leadership of the Foundation were in total agreement with Washington’s post-WWII projection of world power. “At times, it seemed as if the Ford Foundation was simply an extension of government in the area of international cultural propaganda. The foundation had a record of close involvement in covert actions in Europe, working closely with Marshall Plan and CIA officials on specific projects ( ibid, p.139).”

(There is a lot which could be said about these collaborators of imperial, cultural agenda but it’s not our focus for the moment. In these pages, you would know for instance about Bill and Melinda Gates Foundation who are facing a writ petition in India’s Supreme Court for “criminally negligent, trialling the vaccines on vulnerable, uneducated and under-informed” population of India or how Obama inflames  intolerance in India, or what is the credibility of Moody’s.)

So let’s return to the Indian Express story,. Over the next two paras it quotes two Western European diplomats but since neither they nor their countries are revealed, we can’t be sure if it is true or fictional. (how sub-editors let it pass must be a mystery). Obviously these mysterious diplomats refused to be identified. But one of them did mention the impact it would be on “economic climate.”

If it’s not a veiled threat, I don’t know what it is. If the idea from these well-wishers is that the bogey of “intolerance” and “communalism” would stop foreign investment, they ought not to have worried. We all know how economically messy Europe and European Union (EU) is since 2008.  We also know of India’s healthy economic forecast by independent international agencies.

The Indian Express story hasn’t ended (indeed, it’s of such monstrous length spilling over two pages that you wonder if these are mere envoys and unnamed diplomats or not Nostradamus  reborn).  It reports apology of quotes from Russian, Chinese and African diplomatic sources before returning to Verma again with a gusto.

Verma is now quoted at length on the necessity of freedom at our college campuses which he termed the “laboratories of thought.” He then mentions the importance of “upholding minority rights” and rambles on before concluding that “speech is a central tenet we (US and India) hold dear.”

There are a lot of times in this lengthy reportage when a reporter ought to have interjected and having failed to do so either ought to have omitted these quotes or supplemented it with his or her own corrective interpretation and analogy. We are not informed on what purpose Verma went to Bihar such was the indecent haste to publish this report. We can only conclude it was “plug”—plain and simple. A cheating of newspaper’s paying customers.

What it took decades for these newspapers to build their reputations, they are intent on squandering in a matter of days. They need to take a closer and harder look at their own agenda. The resistance must come from within its premises and people. It’s better they laugh and scold each other in private than be open to ridicule and contempt in public.