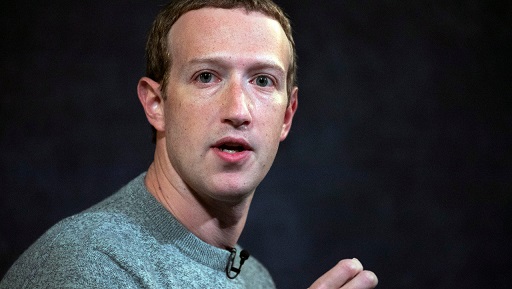 The social media giant Facebook made an “operational mistake” in not taking sooner action against a militia group’s page that called for armed civilians to enter Kenosha, Wisconsin, amid violent protest after police shot Jacob Blake Jr.

Facebook Chief Executive Mark Zuckerberg, in a video posted on Friday, acknowledged that the page for the “Kenosha Guard” has violated the policies of Facebook and was also flagged by “a bunch of people,” and had thus erred.

Further, he said Facebook received numerous complaints about the violent nature of the page and the listed event. He said it was an operational error “The contractors, the reviewers who the initial complaints were funneled to, didn’t, basically, didn’t pick this up,” Zuckerberg remarked in the video.

The social media company has removed the page on Wednesday for Kenosha guard after two people were killed during the protest on Tuesday.

Zuckerberg said they had no evidence that Kyle Rittenhouse, the person who is charged with Kenosha shootings, followed the Kenosha Guard page.

He didn’t mention that if there’s any action taken against the team for not removing the page or event listed. There was no apology from Zuckerberg in the video for the victims and their families.

This is not the first time when Facebook failed to look into its policies. There are many instances where the company didn’t take enough action against the posts that organized and glorified violence, including on its photo-sharing site Instagram.

These cases have been gaining momemtum and it has definitely given base to all the debates that questions the role of Social media in the modern world.

Facebook has been accused of playing a role and driving violence across the world. In 2018, during the ethnic cleansing of the Rohingya minority group in Myanmar, Facebook has been allegedly reported to instigate division and offline violence. Even last year a gunman live-streamed on Facebook while he left dozens of Muslims in New Zealand dead.

The executive director of the civil rights group Color of Change, Rashad Robinson talks about the issue and mentioned that these are not isolated problems of the Facebook system but these are systematic problems fuelled by user engagement.

He said Facebook is designed for growth and profit and not for safety and security. “The system’s not broken. It’s performing the way it’s designed to” he added further.

Zuckerberg said they are undertaking additional training and would evolve its policies to effectively identify potentially dangerous organizations. He also mentioned that the coming presidential elections would also present great challenges around the polarizing contents.