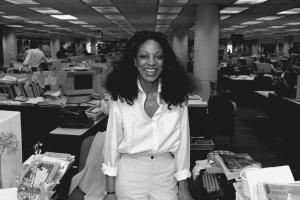 A few days ago, Major Surendra Poonia made an angry tweet: “Yesterday one TOI (Times of India) reporter asked me when I was waiting at HDFC Bank ATM…”Do you have any problem with the Rs 2000 note? I said that I don’t have any problem…but see what they have published.” Poonia’s tweet was accompanied by the published “news” in TOI where he was quoted as having said that his grocer was refusing to accept his Rs 2000 note.

There are countless such “news” which are being exposed on social media everyday. Leading the battle, modesty permitting is your own NewsBred, and OpIndia.com. But that’s only as far as websites go—individual vigilantes are laying bare the fabricated, manipulated, disgraceful, wilful distortion by Indian mainstream media on facts. Unfailingly you read stories where fake headlines have no connection with the accompanying text.

Yet, increasingly, instead of focussing on their own horrors, the mainstream media is advocating Facebook and Twitter owners to stop the spread of fake news. In their view, the triumph of Donald Trump in the United States; the BrExit by Great Britain and defenders of Modi on social media is a sign that “media huns” are successfully raiding their bastions. In their view, the true news is losing out to the propaganda campaign on digital media.

Before we delve deeper into this debate, another example is necessary to highlight this misplaced moral high position which the mainstream media assumes by default. In 1981, Washington Post published a fake news story about Jimmy, a seven-year-old heroin addict. This fake story was submitted to Pulitzer Prize award committee by none other than the Bob Woodward of Watergate infamy, then occupying the assistant managing editor’s chair in Washington Post. The Post reporter Janet Cooke dul got the Pulitzer award. However, Cooke had to return the award after the story was discovered to be fake. Cooke lost her job but no harm came Woodward’s way.

It’s a futile attempt by newspapers to claim that they alone know the truth. The world today has a diverse set of realities. There are so many prisms and hues to political, historical and scientific truths. As a journalist of over three decades standing, I have little shame in confessing that most men of our tribe know little. They are just a mouthpiece, a quote-carrier. Most hardly read or update their information. They would really struggle to speak for 10 uninterrupted minutes on the subject of their own “beat.”

The mainstream media must understand that relying on a single source for truth was a flawed system to begin with. It flocks too much power in the hands of the few. We all know how power corrupts. If these newspapers advocate a free marketplace, they shouldn’t look for a monopoly on information. Controlling a population by controlling information has been considered a better alternative to controlling people by force. But no longer it holds true.

Thus when questions emerge and newspaper reports are challenged, the latter break into an uncontrolled fury. The narrative they set—be it with Modi or Trump or Putin—is no longer working. Their foothold is coming unstuck. When social media vigilantes point out their treachery, they hit back in contempt with slogans such as “conspiracy theorists” and “post-truth” narrative etc.

The problem with today’s celebrity journalists is that they consider themselves to be the news. There is too much of their own self, their own persona, they are investing on their words and image. Instead of being faceless carriers of news, they are pushing it down everyone’s throat of what is their own definition of news. In doing so, they are twisting, manipulating and quoting dubious sources at worst. There is a whole set of academicians, politicians, legal luminaries, cops who are nurtured by that single set of force which is looking for global domination. The imperialists of modern world, the CIAs and all, wouldn’t let any country function independently. Corrupting the main tools of a society, by dividing it to rule, has been a time-tested formula.

Only social media is beginning to break free of this matrix. We are lucky that we are the first eye witness of this information revolution sweeping the world. We all have a duty to be involved in it rather than just be a bystander.