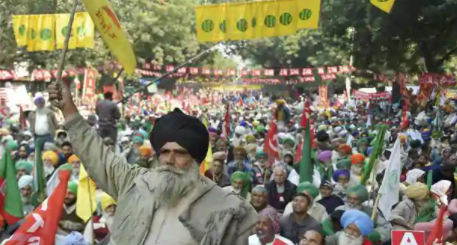 The Centre offered five amendments to the 2020 Farm Acts but the farmer unions leaders would’ve none of it. By evening, the word had come that they have refused the Centre’s offer and would continue the stir.

The farmers unions have decided to escalate the protest. The plan includes closure of the Delhi-Jaipur highway, boycott of Reliance malls and capture of toll plazas. By December 14, there would be a fullscale protest around the country, they said.

The decision was taken after the Centre had sent a written proposal, laying out a series of amendments.

1. There will be no changes in the Minimum Support Price (MSP) regime as it exists now.

3. Private players will have to get themselves registered.

4. In contract farming, farmers will be allowed to approach the courts.

5. Tax will be imposed on private players.

The decision to send these proposals to the farmers was taken after Union Home Minister Amit Shah met their leaders on Tuesday evening. Shah had offered to amend the three farm laws but the farmers insisted they be scrapped altogether.

After meeting with Shah, the sixth round of talks scheduled for Wednesday was cancelled. Instead, these five proposals for amendments in the farm laws have been sent to farmers.

The government indeed made some important concessions.

However, the farmers, after a meeting at Singhu border, said “We do not accept any amendments to the laws, we want total removal.”

“Will the government not withdraw laws? Will there be tyranny? If the government is stubborn, so are farmers. The laws have to be withdrawn” Rakesh Tikait, spokesperson of the Bhartiya Kisan Union, said.

“Be it east, south, north… wherever you go, it’s BJP, BJP, BJP. Despite the opposition’s attack on farm reforms, people are supporting the BJP and Prime Minister Narendra Modi,” said Union minister Prakash Javadekar, referring to the Rajasthan local body polls and a string of  by-elections in which the BJP had prevailed.

Meanwhile, it’s learnt that there were cracks in the Opposition ranks. A set of Opposition leaders were set to meet President Ram Nath Kovind this evening. A section of Trinamool Congress leaders said the party preferred to stay away from the meeting as Left parties and the Congress are “dominating the show,” as per NDTV.