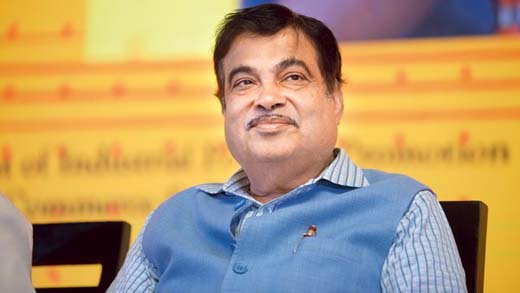 A typical day when I hit roads in my car in the Capital. The roads themselves have three types of variations.

One is in the neighbourhood which teems with shops, cows, pedestrians, vehicles of all shapes and sizes. Here you could find our Virat Kohlis and Saina Nahiwals of future under the benign doting glances of their parents on the balcony.  Schools-buses come every afternoon in the weekdays; alien cars make a stop in front of floors which rent young lives that celebrate weekends with booze, music and dance.  Navigation requires yogic-contortions. Baring smiles on ladies who occupy a patch of lane for their daily round of gossip is a daily act. Here are no traffic lights.

Out of my sector are the big, bad roads. Traffic here is always slow, a bane of our municipal corporations who hadn’t accounted for a future of burgeoning cars, lakhs of flats and millions of residents. Now there is a scramble to collect the daily waste, roads dug to wire our homes with competing WiFis, multiple gaps in dividers for vehicles to switch over from left to right and vice-versa.  Not that it matters to we the citizens: We simply opt for wrong side of traffic flow, braving ugly glances, gesticulating hands and showers of curse. How does it matter when a second of time and an ounce of fuel has been successfully saved?

All this before you hit your first traffic lights of the day. They usually take offs half a week. You can’t blame them either: We the traffic are colour-blind to their signals. It’s indiscreet to press on accelerators when it’s Green; It’s too idealistic to stop on Reds unless and until shrivelled beggars and their acrobat sons and daughters fulfil your idea of charity; or desperate men with fake editions of Sidney Sheldon and Irving Stone in your face reflect your educated background.

The next hour is a tribute to your ever-growing vocabulary on abuses. English swear-words are too polite. They are no match to our Punjabi and Hindi lexicons. The worst ones are reserved for the two-wheelers who swarm around your vehicle; darting from left and write, brushing your bumpers, navigating a gap you thought didn’t exist between two cars. Invariably you are forced to move out of right-most lane where the slowest of vehicles is lording over the lane meant for the fastest. There are three-wheelers who couldn’t care less if their iron frames scratch your newly-painted car or goods carriers who move slower than a bicycle and make you swerve wildly to the hail of abuses in the background.

The irony is, all of these troubles could actually be your work to the others. You too jump traffic lights; you too speak on your mobile as you drive; you too drive against the traffic once in a while and it’s been ages since you submitted your car for a pollution check. You too subdue the traffic police with your rank and position if a folded 100-rupee note isn’t a good-enough grease to his palms.

So you too are part of the problem. Other traffic violators have turned you into one. Or it could be you who has turned others into traffic violators. Daily we hit the roads, daily we come back cursing the jungle that is out there on the roads. We are not wrong too when we curse the rogue mobike-rider who you nearly killed or one who ran a scratch across the length of your car. You also swear at the governance which leaves huge potholes and unmanned traffic lights out there. Submerged roads could test out the lungs of your car; or worse you could’ve an idea how a submarine floats under the water.

So, on the terrifying jungle out there which could maim or kill you and your dear ones, all the stakeholders- people, traffic planners and regulators—are guilty. Planners don’t have a vision for future; Enforcers are corrupt and we the people have turned monsters on the road. Like millions of gods we have on different aspects of our lives, we need to invent a traffic Ganesha too for our wellbeing.

Let’s now view the new whip which has angered most in this country. Most of us are either dipping deep into our pockets or crowding the Pollution Control centres on gas stations. We find the measures too draconian what if our registration, insurance and pollution papers are not in order. We aren’t counting the benefits which discipline would bring on our roads and provides umbrella against pelting hefty medical bills.

At the outset there is every reason to applaud the transport minister Nitin Gadkari. He has been vocal on the Motor Vehicles Amendment bill for more than two years. He spent months in consultations with the states before finalizing and winning the ascent from the Parliament. He has shown a bloody-mindedness ignoring populism and discomfiture within his own ranks.

Three states go for elections in next three months and are all headed by BJP—Haryana, Maharashtra and Jharkhand. But for Haryana, the other two aren’t willing to face people’s wrath. Gujarat has brought down the fines by almost 90 per cent; Karnataka and Uttarakhand would implement the Act but reduce the fines to just a slap on the wrist. Assam, Uttar Pradesh and Tripura haven’t even implemented it.

Non-BJP states have only poured scorn on the new Motor Vehicles Act. Congress, which runs Madhya Pradesh, Chattisgarh and Punjab have put the new Act on hold. Rajasthan would implement it but the fines would be reduced to a minimum.

There is no second-guessing the “non-BJP” states of West Bengal, Kerala and Odisha. West Bengal chief minister Mamata Banerjee is vocal that she wouldn’t implement the Act and burden her people. Kerala initially implemented the bill but now has put it on hold. The Odisha government of Naveen Patnaik has announced a three-month moratorium on the new Act. Interestingly, the Delhi government of Arvind Kejriwal is all in support of the Act.

It’s clear populism and politics would finally prevail over prudence. Our dharnas, noise and cribs matter to politicians. Asking us to wear seat belts, ride with helmets, follow zebra-crossing is too much of an ask. As it is to the tilted-heads on mobikes, using shoulders to attend calls on their mobile-phones.

Is this the entire truth? Doesn’t a couple with two small children, an old mobike and a few thousand rupees for a salary have a compulsion of their own on roads? Don’t we have faulty traffic signals? Don’t poor people buy a spluttering vehicle for a pittance only because it’s without papers? Don’t we have bus-stops right after the traffic-lights? Does the new Act take into account the last man on the road?

Good governance is one thing; populism is another. One leaves us with standardized conduct out on the streets; the other leaves us with chaos and anarchy. Good governance is never a zero-sum game: A few would always suffer in a society of extreme disparity. We have always longed for a government which governs for the good of the people. Now that we have it, we should strengthen and not weaken it.