Girl students in the clutches of pandemic: A tale of future on hold 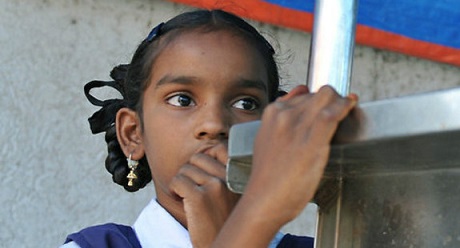 The dates have been changed on the calendar. We have finally stepped into 2021 with the hope that everything will soon go back to normal. While the economies have started working to restore themselves, there is still no answer to when children will go back to school again.

The pandemic led to the closure of schools for an unknown period. Most of the parents thought with home learning their children will sail-through the lockdown but it turned out to even worse.

According to UNESCO, approximately 0.32 billion students in India have been affected by school closures due to the pandemic. Of these, almost 84% reside in rural areas while 70% attend government schools and though the government was quick to provide online teaching as a viable alternative, it has unfortunately aggravated the already present immense digital divide.

It’s been an extraordinary transition, affecting everyone from the youngest children entering school right up to young adults in universities.

When teachers were asked to conduct online classes to keep up the pace of the program, it turned out to be an extremely daunting task for them.

Not only the lack of professional online teaching but also the limited access to digital medium become the matter of worry for teachers as students from the poorest families, without Internet access, are more likely to be denied education — widening already deep educational inequalities.

A study by NCERT (2020) reflects that approximately 27% of the students do not have access to smartphones/laptops to attend classes in a virtual world.

The Ministry of Rural Development found that only 47% of Indian households receive more than 12 hours of electricity and more than 36% of schools in India operate without electricity. This suggests that while students from families with better means of living can easily bridge the transition to remote learning, students from underprivileged backgrounds are likely to succumb to inefficiency and a lack of adaptation, either because of the inaccessibility of the technology or the low education of their parents to guide them through tech-savvy applications.

There are millions and millions of students who haven’t seen a classroom since last March.

Even while teachers took painstaking efforts to reach students, it still left the majority of students behind in the race. The majority of students have seen their parents lose jobs as a result they were forced to return to their village and share the responsibility of the family to sustain their livelihood.

Past results have also suggested that short term disruptions in schooling have often resulted in permanent dropouts. These dropout rates are severe among girls. The inevitable economic backlash of the lockdown is likely to reduce the earning capacity for many poor households and may increase the opportunity cost of sending children to school, especially in rural India.

For girls, especially belonging to the rural area, schools act as the way to come out of a conservative society and make their own future. The Indian government, multinational organizations, and non-profit groups have spent years trying to reduce the gap in school enrolment between boys and girls, with some notable progress. Now such gains are at risk.

Schools were not only the medium of education, but it also takes care of other aspects necessary for children. The temporary lockdown has also resulted in the suspension of mid-day meals (MDM) and supplementary nutrition program that provided security to thousands of students across the country. In the case of economically disadvantaged families, MDM’s school meals act more as a substitute rather than a complimentary meal, protecting against endemic hunger for the entire family.

By saying this, in any sense, I imply that we should not adapt to the technological changes but what is essential to understand is India is clearly ill-prepared to transition into a digital education system right now, despite staggering progress.

Definitely, moving forward is the hour but education is not a need but a basic human right. And to push for this change, with the limited time and resources that we have, is highly unjust. We need to take a step back and re-evaluate how to deal with the current situation.