Ground MiG-21s so no Abhinandan is put to risk 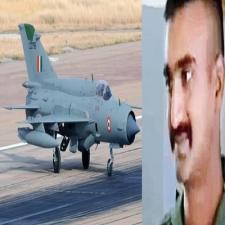 As Wing Commander Abhinandan rides an euphoria, let’s ground the MiG-21s (Mikoyan-Gurevich) which nearly cost his life and our country a near war.

A fighter-jet which was acquired in the 1960s and swelled up to 872 in numbers over the years is being phased out but not quickly enough as over half of these flying dinosaurs have crashed, killing over 200 pilots and many civilians, mostly in peacetime.

There is little denying the role MiG-21s played in India’s full-blown war with Pakistan in ’65 and ’71; and during Kargill conflict in 1999; but its’ hugely outdated now. The joke is that you are a real fighter pilot if you could land your MiG-21 safely. Or that it’s just a hollow tube with a single engine.

Around 110 of these jets were upgraded to MiG-21 “Bison” in 2006 but a series of crashes thereafter, a few recounted below, tell a tale of a patient who is being artificially kept alive at a grave risk to its pilot and the nation.

May 27, 2009: Crashed near Jodhpur. Air Commodore S C Deo, one of IAF’s most experienced pilot, could eject himself to safety;

September 10, 2009:  Crashed nearly Bhatinda, Punjab. Fl. Lt Manu Akhouri saved many lives by steering his falling aircraft away from populated areas. Sadly, he couldn’t save himself;

June 15, 2010: Crashed nearly Rajkot, Punjab.  Wing Commander Sandeep Singh not only steered the dying plane away from populated area but also ejected himself to safety;

So why India is stuck with MiG-21s even after 50-plus years in operation? (could you imagine running your car after 50 years???)

The initial reason of course was the cost. Even in the 1980s, it cost India only Rs 3.5 crore while a Mirage 2000 or Jaguar fighter was worth more than 10 times. In 1967, Hindustan Aeronautics Ltd (HAL) started making MiG-21s under a licence obtained from the Soviet Union.

HAL refitted parts from retired MiG 21 in order to keep the fighter jets going, including a few local spares but it’s a flawed approach. It’s engine troubles are notorious; mechanicals, structures, wings, landing gears all need regular repairs. After 250 hours, these fighter jets require in-depth inspections. Still, an MiG 21 could fall anytime during flight. They might appear fine on the ground but when in flight, it could crack and give way due to its wear and age.

Former defence minister AK Antony had conceded the “technical defects” of MiG 21. Alexander Kadakin, Russian ambassador to India, didn’t approve of spare parts, calling them fake. “For MiG and other planes, you need authentic parts. And then you are surprised why your planes fall because spare parts are bought from unauthorized sources,” he had said.

The materials for making spares are purchased from quotations which are the lowest. Thus the quality isn’t first priority. Yet they kept being made locally by HAL.

It was the skill and audacity of Wing Commander Abhinandan to shoot down a modern F-16 fighter jet of Pakistan with an old MiG 21 Bison. It borders on miracle. The accident not only put his life at stake but also nearly began a full-fledged war between the two neighbours.

Congress, which but for a full term of NDA in 1999-2004, ran this country for most of its 70 independent years, had been too cavalier, corrupt and corrosive to put premium on country or its soldiers’ safety. Armaments were bought more with an eye on commission than on its adequacy.

MiG 21 is popularly called “Balalaika” because of its resemblance to the Russian stringed musical instrument. The last production batch was in the mid-80s. Some nations still cling to these very tired jets.