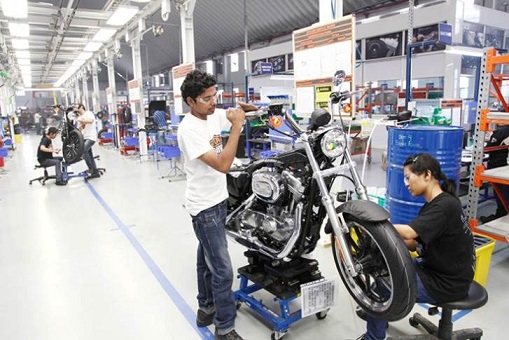 American premium motorcycle manufacturer Harley Davidson has decided to stop sales and production in India. The company has had a tough going in India and now reportedly opted to discontinue its manufacturing operations in the country.

The company began its operation in 2009 and despite several launches in India, the company has failed to gain any major foothold. According to Reuters, the parent company now expects $75 million in additional restructuring costs for 2020 and has opted to halt the operations.

Adding to that, Harley’s sales in India accounted for just about 5 percent of its global sale. The company will reduce its workforce by approximately 70 employees.

In their statement to the United States Securities and Exchange Commission, Harley Davidson points out,

While Harley-Davidson will shut down its manufacturing unit in Bawal, the company hasn’t given any concrete statements about the sales office in Gurugram other than reducing the numbers of employees.

The company seems to be under constant pressure since recent years with the sales of the American brand slowing down and with Covid-19 lockdown things become worse for them.

In India, according to the data from the Society of Indian Automobile Manufacturers (SIAM), the sales figure in 2019-20 of this premium brand was just under 2,500 units- a stark contrast to Royal Enfield that sold over 42,000 units in the financial year 2019-20.

Not a very long ago, Harley-Davidson had announced prices for its BS-IV range and has even slashed the prices of its cheapest model- to Rs 4.69 lakh.