Has India planned a surgical strike on Pakistan? FM Qureshi thinks so 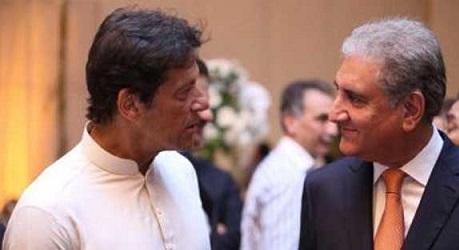 Pakistani Foreign Minister Shah Mahmood Qureshi on Friday claimed that India was planning to launch a surgical strike on the country in order to take away attention from its internal issues.

Qureshi made the claim at a press conference he addressed in Abu Dhabi while on an official visit to the United Arab Emirates.

The Pakistani minister made the remarks after his talks with the UAE leadership.

As per Dawn, Qureshi said the Pakistani intelligence had “picked up” designs of India.

“An important development has cropped up … I’ve learned through our intelligence forces… that India is planning a surgical strike against Pakistan,” Qureshi was quoted as saying.

The Pakistani minister alleged that India was in the process of “trying to seek tacit approval” for the surgical strike from “important players who they consider to be their partners”.

Qureshi said the thought in the Indian government was that such an action would help unify divisions in the country and divert attention from “serious internal issues”, including the ongoing farmers’ protest.

The leading Pakistani daily reported that the Army is already on high alert amid inputs about a possible surgical strike by India.

It may be recalled that during the term of Prime Minister Narendra Modi, India has twice conducted surgical strikes against Pakistan to take out terror camps.

The first surgical strike was conducted on September 29, 2016 following the Uri terror attack while the second one – through air – was conducted after the Pulwama terror attack of February 2019. A terror camp of the Jaish-e-Mohammed terror group at Balakot was bombed by the Indian Air Force on February 26 last year.

Those two actions have spooked Pakistan and the neighbouring country’s leadership keeps on repeating claims that India was planning more military action inside its territory.