Himanta Biswa Sarma, the man who holds the key for BJP in Assam 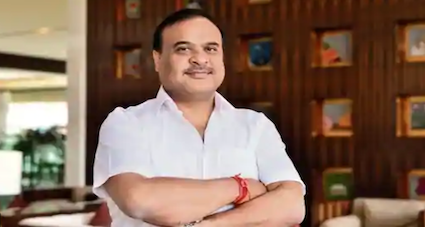 Himanta Biswa Sarma is the face of BJP in Assam. He is everything: ideologically committed, astute in the politics of state and a no-nonsense politician. His popularity in Assam is second to none, perhaps more than a patch to even his BJP friends from New Delhi!

Once a Congressman, Sarma shifted his allegiance after the humiliation he received from Congress high-command in not too distant past. The story about him waiting to meet Rahul Gandhi, who kept on feeding his dog, is too well told to be repeated here. Letting out the 52-year-old politician from the field has been the biggest misstep of the Grand Old Party.

Having travelled the spectrum from the armed separatism of the United Liberation Front of Asom (ULFA), the students’ agitation of All Assam Students’ Union (AASU), establishing his writ in the Congress and then leading the BJP to power by cobbling up various combinations across the region, Biswa or ‘Mama’ as he is now popularly known in Assam, is the region’s most decisive politician who has the uncanny ability to read the political situation correctly and ensure it works to the advantage of his camp.

A Congress import who was mentored by Congress stalwarts Hiteswar Saikia and Tarun Gogoi, Sarma took little time to become the BJP’s most known, trusted and relied-upon face in Assam, in fact the entire northeast. It was in 2015 that he walked out of the Congress, after a very public and bitter fight with then president Rahul Gandhi.

When he saw Gogoi promoting son Gaurav, he couldn’t bother to stay on in a failing, directionless and happy-to-sit-in-opposition Congress and decided to join BJP and perhaps became the Modi-Shah’s best acquisition in recent years and among their biggest assets today.

Sarma has had a long political inning and from a position of vantage. All the young bureaucrats with whom he worked very closely then are today at the helm of affairs. They form his inner circle from the state’s police chief to the chief secretary. He has a robust research team, and his media management is as sharp as his first mentor, former Congress chief minister Hiteswar Saikia’s. And it was this personal network model that helped BJP in forming rainbow coalitions with regional parties with a cooperative and competitive framework in almost the entire Northeast—  be it with Assam’s Indigenous Peoples Front of Tripura (IPFT) or Meghalaya’s United Democratic Party (UDP).

Under Sarbananda Sonowal led BJP government, Sarma is handling the finance, education, health and PWD among other ministries and one can see there is a visible improvement that may translate into bettering the state’s performance in these indices. He would also be formally fighting the election on a ticket from his constituency, Jalukbari.

When the pandemic arrived, Sarma really got behind it as the state’s health minister and implemented a stringent lockdown grid. He played this role to near perfection- making frequent personal visits to check hospitals and quarantine centres, followed by surprise checkups late into night.

Though he holds a greater position, he’s been often targeted and called as someone who is ‘anti-Muslim’. He’s very vocal about how Miya Culture is eating up Assamese culture. When Congressmen were busy accusing Sarma during 2016 elections, he had someone else in his crosshairs, that person being the All India United Democratic Front (AIUDF) leader Badruddin Ajmal. Sarma repeatedly singles out Ajmal as the “social enemy”.

But his anti-muslim stand is not surprising in the context of Assam’s socio-political landscape- if you see, the large Assamese-speaking population in the state has been demanding deportation of illegal Bangladeshi immigrants, majority of whom are Muslims.

Even last month he publicly said that he would be very happy if described as the “extreme” as he is determined to protect Indian and Assamese culture from invasion by illegal migrants patronized by the “institution” referring to Ajmal’s AIUDF.

Apart from this astute political image, Sarma is also a sweet family man. He is very active on social media platforms and often uploads photos of his family and old college days. His wife – Riniki Bhuyan is a lawyer by profession, and is a member of Bar Council of India. She is the owner of prominent news channel News Live also. The couple has two children Nandil and Sukanya.â€‹

The leader is also fond of writing and has authored four books till now. He published his first book -‘Samagata Samay’ in 2014, for which he received huge appreciation from the reader community and has been bestsellers in book fairs across the state.

He is the peoples’ leader sometimes on a bicycle riding a popular wave or walking the village roads with his ‘brothers and sisters’ and there’s still so much hidden in this gem which may define the new Assamese nationalism. But still it would be interesting to see: Where does he go from here?