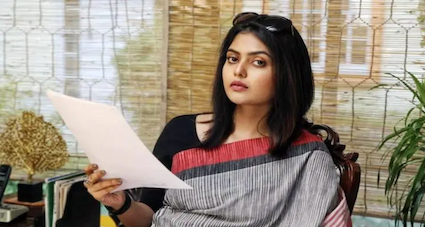 The Bengali actor Saayoni Ghosh was appointed as the president of the All India Trinamool Youth Congress’ youth wing. However, her appointment has raised questions as she has been openly called out by former Meghalaya Governor Tathagata Roy for tweeting a vile photo where a female character was seen putting a condom over the sacred Shiv-ling.

“This is the first time in my career that I was offered but refused two films without even reading the scripts. Since acting is in my blood, I will act if I am given an offer that I can’t refuse. Currently I will give my 120% to politics and Mamata Banerjee,” she said after her appointment.

As for Ghosh, she had earlier contested for the West Bengal elections in March this year but was defeated. She was representing the Asansol Dakshin constituency.