How do we make our politicians, judiciary, media fall in line: A template 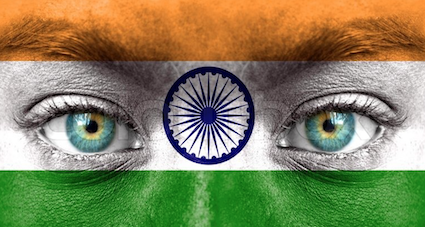 Oxygen is no longer making news. Ventilators neither. There are no more images of struggling patients with cylinders in auto rickshaws. Floating bodies. Lit pyres. Mass graves. Life seems to be returning to pre-April days.

But one hopes you and I don’t forget this trauma. We keep a diary in our little pocket, a note in our mobile, a chip in the recess of our memory.  Like the Partition, it’s a once-in-a-lifetime event.

It’s difficult to say who let us down more: Politicians, Judiciary or Media. It’s also easy to predict they would do so again. We would still be at their mercy. But if we have learnt our lessons, we would at least be vocal and dip in our pocket and time to make them fall in line.

I for one would file a lot of Right to Information (RTI) pleas on our governance. I would try to know if Delhi chief minister Arvind Kejriwal still hasn’t bought any ventilator like he didn’t for a good part of last year. I would like to know how much his Rs 50 crore in fight against the Covid-19 weighs against a whopping Rs 150 crore he had spent in ads in the first three months of this year. I would delve into his Mohalla clinics and why should it still feature in his ads. If health is still a forgotten cause in his priority.

Some questions do bug me as I am sure they do you. Maharashtra never really quite recovered in a year and a half of Covid-19 since beginning of 2020. It didn’t do much when there was a let up. There is no credible evidence it speeded up on vaccines or ventilators; oxygens or hospital beds. It still has some 30-40% of India’s all positive cases and deaths.

Likewise, Kerala only has 3-odd crores of population. It’s a largely urban State unlike say Uttar Pradesh. It still is third in the list of most cases in the entire Covid-19 spell of last 18 months. Maharashtra, which is touching a lakh dead, that is one in every third pandemic death in India, of course tops.

Yet we find “Mumbai Model” and “Kerala Model” featured in our Lutyens Media every day. I don’t remember any critical piece they did on Uddhav Thackeray, Pinarayi Vijayan or Arvind Kejriwal. Did anyone ask them on the scale of their testing and tracing? They had all the questions for Narendra Modi and none for these Chief Ministers. As they don’t have for Mamata Banerjee or Ashok Gehlot; Hemant Soren or Bhupesh Baghel. When these States account for two-third of all cases and deaths.

Surely, these politicians and these Lutyens Media don’t have our welfare at heart. Both profess to act and live for people but in essence only fatten themselves at our expense. They use our money to dispense with relief measures for those orphaned or dead which was better spent in preventing it happen in the first place.

As citizens we have the power to not vote or buy these rags. To make sure that judiciary hears our concern and not necessarily with PILs. If we ignore the lessons of this pandemic, the fleas would keep buzzing on our wounds.

Come to think of it, what’s good in buying Lutyens Media which is no better than a mouthpiece for a Rahul, Mamata or a Kejri. There is no journalist today you could call erudite. They hide or highlight squatting farmers as per agenda. Both are intended to run down Centre: Highlight to show them heartless. Hide so that “super-spreader” tag remains the preserve of a Kumbh Mela. All we are doing with our subscription is to keep their ad rates high for a Kejriwal.

I do feel like most Indians that the Centre took its foot off the pedal when life was good after the First Wave. But I am also mindful that the Modi government did more than any other government has ever done in our 70-odd independent years. Is there nobody to put to scale the naked facts: Quarter of centuries taken to eradicate polio and small pox vs 14 AIIMS in last seven years; a medical college in every three districts; from Swachh Bharat to Ayushman Bharat to Jal Jeevan Mission etc? How many are aware that Union budgets were once read out without even a mention of Health allocation? When Modi has vaccinated as many as US has with a headstart, is it a fact to laud or lampoon?

And then we have judiciary which has gone many rungs down in esteem. All these “Ram Bharose”, “Murder-charge” or “We-don’t-have-our-heads-in-sand” flourish from our honourables make front page headlines. But they sound so fake when they don’t do anything about “super-spreader” protesting farmers. How do we ignore that it was the judiciary which had insisted on Panchayat Elections before April when the Yogi government was adamant it shouldn’t be done?

Indians need to rise. We need to make our politicians, judiciary and media accountable. We have the power to elect or de-elect them; buy or keep the Lutyens rag out of our drawing rooms; uphold a collective mirror to show judiciary its warts. It no good beating our breast when we fail in actions incumbent upon us.

Let’s enforce a referendum if India’s Constitution deserve a major tweak lest our Republic falls apart. For example, how do we stop a federal unrest when noble moves such as Farm Laws and CAA are hijacked by a domestic-global lobby? How do we force the hands of Modi government who pulls itself back when faced with tsunami of misinformation? When good intent are reduced to half-measures? When it’s such a lifetime moment of a majority, and not a coalition government, at Centre.