How the propaganda against RSS falls flat on its face 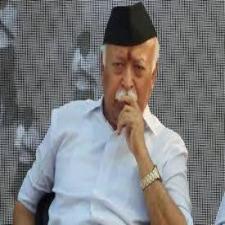 Indian Express has two voices which do not like RSS or BJP or Hindu resurgence in India. You scroll down articles of either Christophe Jaffrelot or Ashutosh Varshney and get the drift. Jaffrelot is more scholarly and dense; Varshney more sound and less substance. Both are present in Indian Express of today, dominating two separate pages.

Jaffrelot is the crudest today than he has perhaps ever been in his long association with the Indian Express. All the veneers of scholarly nuances are out of the window. What remains is a pen-pusher who is unsure of his dwindling influence over the readers or his promoters. The crux of his agenda is that lynchings is orchestrated by the present dispensation who appear in different garbs at different times: RSS, its affiliates, BJP etc. He terms it the “deep state.” Everything that’s wrong with Modi’s India—the “cruelty” against Muslims and Dalits—is part of a larger design. In his view, India is a theocratic state in the making.

To Jaffrelot’s misfortune, Varshney has a detailed interview on Page 25 with Waltern Andersen who has a new book, “The RSS: A view to the inside” in the market. It completely debunks Jaffrelot’s argument that RSS and its affiliates are the “deep state” in India. Indeed, Varshney couldn’t have done a better service to RSS or BJP with this interview (a must read, I say).

Now Varshney must not have bargained for it but the Andersen interview is a validation of RSS. All Indian Express could do was to pick a comment as headline: “A battle between Hindutva and Hinduism is coming.” I will reserve dwelling on this headline in the end: I promise the irony in it would have you doubling up in uncontrollable laughter.

The interview first establishes the credentials of Andersen: the only scholar to have observed the RSS for five decades. Then Varshney rolls out the questions which reflect his own venom:

You would agree these are the questions which reflect the entire gamut on RSS; the basis of the misinformation campaign which writers of the ilk of Jaffrelot and Varshney spread with impunity. And now look at how Andersen replies to this mal-propaganda.

And now to the final question (RSS on lower caste and Ambedkar); its’ answer on which Indian Express has based its headline: “A battle between Hindutva and Hinduism is coming.”

Andersen explains: “There have been Dalits and OBC pracharaks, including the OBC Narendra Modi…Ambedkar is now a hero…Hindutva emphasizes one-ness of Hindus; (Hinduism is more rigid, by inference). Hence there will be a battle between Hindutva and Hinduism.”

Did you get the joke? This definition of Hindutva and Hinduism completely turns on the head what the likes of Shashi Tharoor and Digvijay Singh have been drumming in our ears. That “I-am-a-Hindu-but-have-a-distaste-for-Hindutva.” In their view Hindutva is reactionary and violent. But as Andersen tells us, Hindutva implies inclusiveness of all!!!

That’s why I say identify these jokers. Identify the agenda they have. Identify the mistruths they spread. The “farragos” and “whatabouteries.” And save this piece as evidence when the next misinformation campaign against RSS and BJP is served inside the pages of your newspapers.

(P.S: let me imagine a scenario: “What did you do mate,” Jaffrelot to Varshney on phone, “and to my `deep state’ theory.”)