If Arnab was to die tomorrow, how would it reflect on BJP? A fall-out it can’t escape 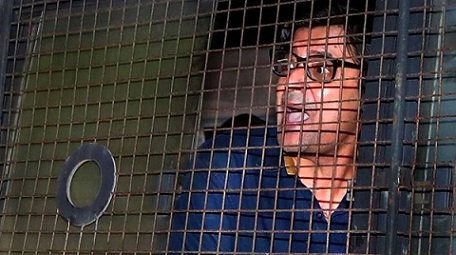 Arnab said he feared for his life. If indeed he is put to rest, how much would we all be responsible?

The decision on bail plea on Monday is one thing. Arnab would be seeking 200 bails in coming days. He would probably visit Taloja Jail every fortnight if he survives this one. Have we already given up on him?

Let’s look at Bharatiya Janata Party (BJP). Despite all the misgivings about it as a Hindu nationalist party, it actually is Right-to-Centre. I approve of this position too: It takes all to make up a society. To keep the country running. One at the cost of other is never an option. It’s a fool’s dream.

But the BJP can’t say it to millions of its supporters. It would rather be seen as a Hindu nationalist party even as it pursues an all-inclusive approach, Its on moment such as Arnab’s when the penny is dropped.

What could BJP do? Surely, it knows what Congress, Left and others would’ve done in its place. There would be lakhs and lakhs marching out to Mantralaya. Candle-light vigils on India Gate. Possibly some cars smashed, police stations burnt. A la Shaheen Bagh sit-ins. That’s how rogues circumvent police and judiciary. To strike terror in the heart of rivals. But BJP would rather have police and judiciary take its course.

Such moments as Arnab’s though have fall-outs. Most Hindus support BJP for they have felts cheated all these years on two counts: One, governance. Two, getting the wrong end of the stick by way of bias and prejudice. Men like me boil over at our history books, the narrative in prepaid media and academia, how our new exploiters were only colonialists in new garb.

Narendra Modi coming to power in 2014 was a decisive moment in independent India. Atal Bihari Vajpayee never had those kind of numbers. Hindus outpoured. Most did on social media. Men like me took to a more organized form of a website. We all wanted to fix everything we thought was wrong in our country.

BJP to our mind was a natural vehicle to Promised Land. An average Hindu wasn’t bound by Constitutional morality, the niceties of governance, the din which foreign forces are always drumming in your ears.

This was the first disconnect. We expected something from BJP which it had not promised in the first place. Maybe Arnab too is guilty of high hopes. That as we are rooting for BJP, the latter would root for us too. Discarding the Constitutional norms. It is a delusion of our own creation.

Truth is one thing. How it’s perceived is a different matter altogether. BJP would not be wrong in sensing that quite a few of its die-hards supporters today are disenchanted. Probably Arnab is too. Losing such invaluable voices is one thing. Giving a roadmap to India-breakers is another. If Arnab is picked in Mumbai, I could be chained in Delhi tomorrow. Some other voice could be in Rajasthan or Punjab or Kerala or Bengal.

It could all have a domino effect. It’s all right to say that you are following your Raj Dharma. But it’s also a moment to remember how Karna or Bali were dealt with in the fight of Right vs Wrong. Or for that matter Dronacharya and Bhishma. What’s left of your Dharma if the Nation itself slides back into the hands of those we are trying to extricate it from? What if you are hostage to your vows as Arjuna was when Gopikas were picked up by Bheels?

If indeed Arnab was to die tomorrow is a dreadful prospect. In one stroke, most Hindu voices we hear today would fall silent. It would be a template for Forces we are up against. They would know how to overwhelm us. They won’t have to be in power in other states. Like Vibhor Anand, you could be picked from Delhi itself. One senses they completely want to overwhelm the system–The Executive, Legislative and Judiciary—by unleashing anarchy while our institutional pillars are chained by their oath to Constitution.

This is a country where a Kasab lives on for years. Where Nirbhaya’s killers survive on and on. And then we have this TV anchor, admittedly loud, who is being dealt with brazenly: AK-47 toting cops, the excuse of a mobile phone to shift to a dreaded jail etc. It’s a grim prospect, an image of a brutal State which judiciary and executive could do nothing to redeem.

BJP would have to play this game. All those killings in Bengal had struck a wrong note in millions of Hindus all these years. But they were faceless and unknown to most. But Arnab is different. It could have a cascading effect. At one level, BJP’s strident supporters would pull their feet back. Would watch every word they say, every action they plan, every message they forward. At another level, the disenchantment with BJP would grow.

It would not be good for the party, for the nation and certainly not for a billion Hindus.