If we have to use Vibhishans in a war, we must: Modi in a 1996 interview 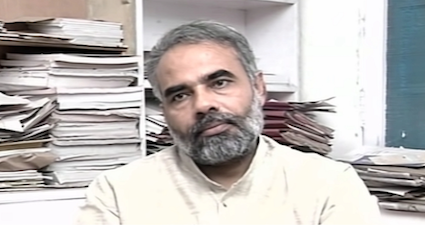 On June 9, Congress leader Jitin Prasada joined BJP, which sparked the never-ending debate on the trend of leaders changing their political parties. Since PM Narendra Modi started his tenure in 2014, many leaders from Congress and other political parties have joined the Party. In some cases, leaders in other parties are underutilized and when they shift their base, their true potential is revealed. One of the perfect examples of such leaders is Himanta Biswa Sarma, who recently became Chief Minister of Assam. Sarma had joined BJP in 2015. Notably, it is not a new trend for the leaders to leave their political parties and join or form a new one.

With Prasada joining BJP, a video of a 1996 interview of PM Narendra Modi has started to make rounds on social media. The clip was a part of an interview conducted during the 1996 Lok Sabha elections after voting was over in Haryana. During the interview, the reporter had asked PM Modi about his views on Narayan Rane, Naresh Agarwal etc., joining BJP.

PM Modi, who was a prominent BJP leader at that time, replied that BJP had to fight a war and to win such wars, we have to take help from Vibhishans. He said, “In the beginning, Karyakartas get miffed about such leaders joining the Party. However, the Karyakartas in our Party understand that we have to fight a long war. We have to take help from Vibhishan sometimes, and we did it.”

He had further added, “It was a war and as a part of the strategy, we wanted to give a message to the citizens of India that the Congress party is breaking up and getting defeated. Congress leaders are running away from the Party. We succeed in spreading the message. In war, we have to show some decisive moves, and it was one of them. It was part of our strategy.”

25 years after the said interview, it is evident that the strategy has worked perfectly for BJP as it emerged as the single largest Party in two Lok Sabha elections in a row. Notably, five years after the interview, in 2001, Narendra Modi became the 14th Chief Minister of Gujarat. He won three assembly elections in a row before becoming the 14th Prime Minister of India in 2014.

(This piece originally appeared in OpIndia which we reproduce here with gratitude).