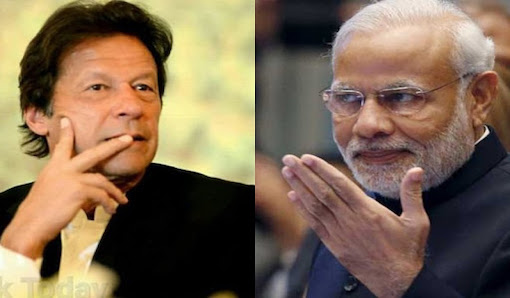 Pakistan Prime Minister Imran Khan has said that he was not willing to talk to India until it restored Article 370. However, he did not say as to how this idea of holding talks with India occurred to him in the first place. There is nothing in the public domain suggesting that anyone in India wants any dialogue with Pakistan.

It may be mentioned that after February 2019, India has constantly scaled down its interactions at all levels with Pakistan, showing absolutely no inclination to engage with it. The Indian side has maintained a dignified silence and cut off any engagements with Pakistan. Be it cricket or cultural exchanges, the ties between the two nations have been steadily going downhill since the Pathankot airbase attack of Jaish e Mohammad (JeM) cadres in January 2011.

India has repeatedly spurned and rebuffed Pakistan’s desire to start a dialogue with India. So much so that our western neighbour has often claimed openly that it wants to live peacefully with all its neighbours. Never mind the fact that it has done nothing to redeem its own words with known India-haters like Hafiz Saeed, Masood Azhar, Syed Salahuddin and hundreds of their followers roam freely in its society.

Imran’s statement of a possible dialogue with India and defiant posturing may actually sound amusing if only it was not extremely ridiculous. What do you make of the PM of a nation speaking out of context about a possible dialogue with India and ruling it out? Perhaps a novice who does not understand the nuances of international relations can be pardoned for indulging in such fake posturing. Not someone like Imran, the PM holding the top executive post of a nation.

A charitable way of looking at it can be that he was just trying to address his supporters, within Pakistan, as also in India. He seems too eager to fan unrest in Jammu and Kashmir by talking of his support for Article 370.  On that, the government of India has not given any indications that it was thinking of rolling back any steps taken since August 5, 2019.

On Sunday, he spoke that 11 Hazara coal miners were killed in Balochistan by ISIS at the behest of New Delhi. It is surprising that it took him seven days to say something like that! (The Hazara miners were abducted and then brutally butchered on January 3). The Islamic State was taking orders from the Indian government, he said.

“Now this (attack) has been claimed by the ISIS …. the opinion of all of us (and) our security agencies is that India is backing ISIS,” Imran was quoted by Dawn as saying. Imran also alleged that it was the stated aim of the Narendra Modi government to spread unrest in Pakistan.

The Pakistan PM also reiterated another old allegation levelled by his government that India wanted to “inflame sectarianism” in his country by killing Shias and Sunnis. Incidentally, the Hazaras were Shias. There have been planned attacks on the Hazaras in Pakistan in the past also, be it in their mosques, in open markets, or selective gunning down and targeted bombings.

In Iran, the repeated attacks on Shia Hazaras have been taken rather seriously. Senior religious leader Ayatollah Nasir Makram Shirazi has condemning the recent killings strongly. He has urged Imran to provide security to the Hazaras and see to it that there are no attacks like this in future.

Besides, the attacks on other minorities, including Hindus and Christians, have also been happening in Pakistan with monotonous regularity. Incidents of abduction and forced conversions of minor girls of minority communities also get reported almost every month.

Worried about these, several Hindu organisations of Britain have sent a letter to Prime Minister Boris Johnson urging him to take up the issue with Imran. The letter sent to 10 Downing Street has been written jointly by Hindu Forum of Britain’s Tripti Patel, Hindu Swayamsevak Sangh’s Dheeraj Shah and Hindu Council’s Rajneesh Kashyap jointly.